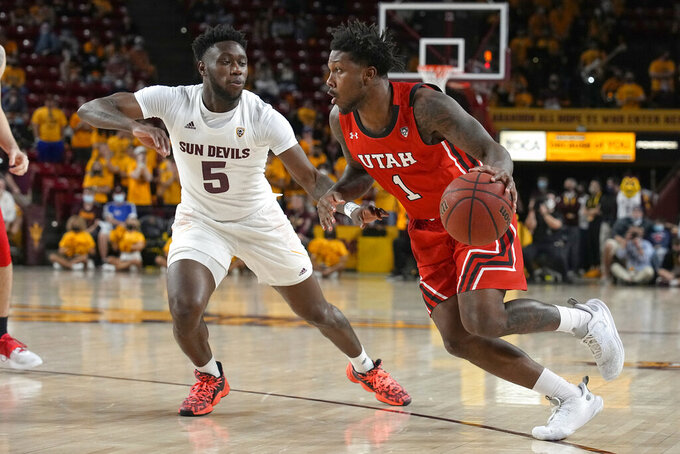 Graham made a hook shot in the lane with 56 seconds left to give Arizona State a 62-60 lead. After Utah called a timeout with 36.8 left, David Jenkins Jr. beat the shot-clock buzzer with a jumper near the free-throw line after getting his defender in the air.

Graham scored again in the lane, off a nice pass from Marreon Jackson, with 4.6 seconds left and Jenkins was stripped of the ball by Jay Heath at the buzzer.

Graham was coming off a career-high 16 points, in 19 minutes, in a loss to Colorado.

Arizona State is scheduled to play at Stanford on Saturday. Utah is at No. 9 UCLA on Thursday and 16th-ranked USC on Saturday.