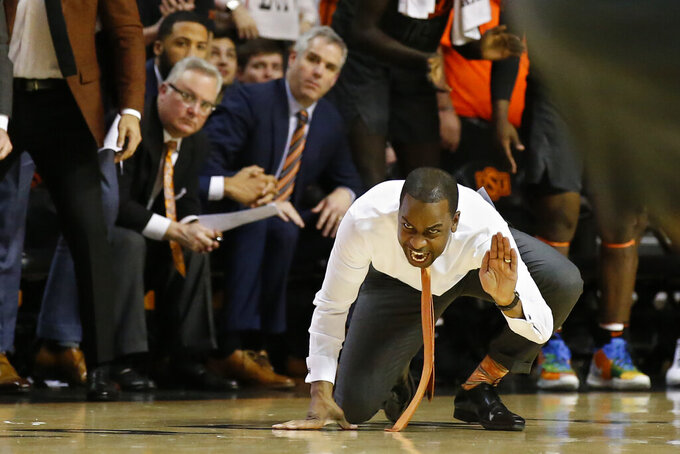 STILLWATER, Okla. (AP) — Oscar Tshiebwe scored 12 points and Derek Culver had nine points and 12 rebounds to help lead No. 17 West Virginia to a 55-41 victory over Oklahoma State on Monday night.

After defeating then-No. 5 Ohio State 67-59 on Dec. 29, the Mountaineers fell 60-53 to No. 3 Kansas on Saturday, but rebounded in a big way in this one, maintaining at least a double-digit lead for virtually the entire second half.

Cameron McGriff added 10 points and eight rebounds for the Cowboys.

Oklahoma State missed senior guard Thomas Dziagwa, who sat out with the flu. Dziagwa is averaging 9.0 points per game and is shooting nearly 43% on 3s this year. He had started 45 consecutive contests.

Oklahoma State: Coming off a blowout 85-50 loss to No. 22 Texas Tech on Saturday, the Cowboys started strong and hung with West Virginia for much of the first half. When Lindy Waters sank a five-foot jump shot with 7:05 left in the opening half, Oklahoma State led 13-12. But the Mountaineers’ defense tightened up after that and the Cowboys shot just 1-of-7 from the floor and West Virginia outscored them 16-6 the rest of the way until half time, as the Cowboys entered the break trailing 28-19.

Oklahoma State: The Cowboys travel to Fort Worth to take on TCU on Saturday afternoon.