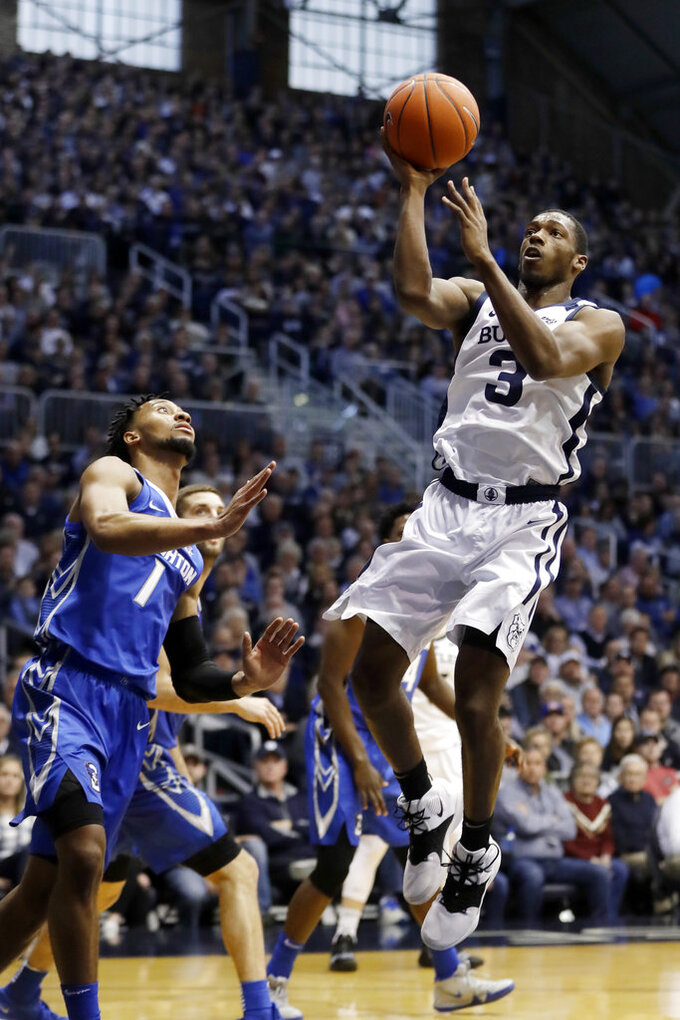 Butler's Kamar Baldwin (3) puts up a shot against Creighton's Davion Mintz (1) during the first half of an NCAA college basketball game, Saturday, Jan. 5, 2019, in Indianapolis. (AP Photo/Darron Cummings) 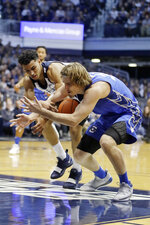 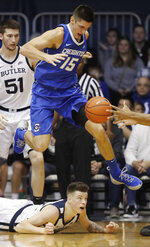 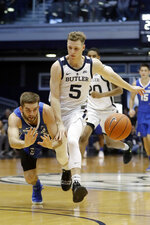 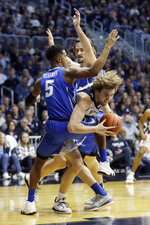 Baldwin was 11-of-18 shooting with three 3-pointers and seven assists before leaving with 1:44 remaining after he was inadvertently struck in the face by Creighton's Damien Jefferson going for a rebound.

Martin Krampelj had 16 points and eight rebounds to lead the Blue Jays (10-5), who had a three-game win streak snapped after shooting just 26 percent from the arc (7 of 27) and being outscored 40-28 in the paint. Mitch Ballock added 13 points and Davion Mintz 10.

Ty-Shon Alexander, Creighton's leading scorer at 17.3 points per game, was just 1 of 10 from the arc, 3 of 13 overall and finished with nine points.