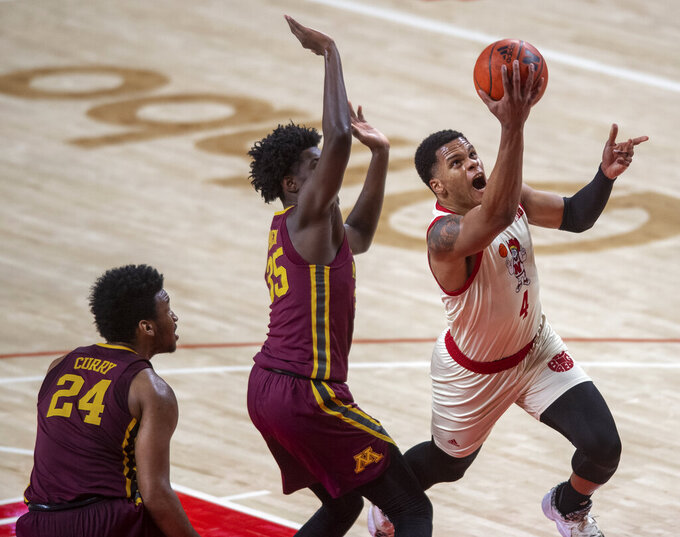 Nebraska guard Shamiel Stevenson (4) drives to the basket against Minnesota's Isaiah Ihnen (35) and Eric Curry (24) during the second half of an NCAA college basketball game Saturday, Feb. 27, 2021, in Lincoln, Neb. (Francis Gardler/Lincoln Journal Star via AP) 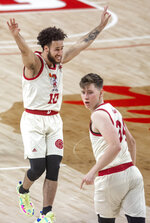 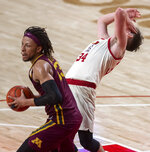 Minnesota (13-12, 6-12), which has lost five in a row, likely saw its chances for an NCAA tournament berth evaporate this week. The Golden Gophers lost 67-59 at home on Thursday against a Northwestern team that had lost 13 in row.

Marcus Carr scored 16 points in a 22-10 run that trimmed Minnesota's deficit to 74-73 with 14 seconds left but Webster and Thorbjarnarson each made 2 of 2 from the free-throw line from there to seal it.

Carr finished with a career-high 41 points, the most in a Big Ten game this season.

Banton scored the first seven points in an 11-2 spurt that gave the Cornhuskers a 13-point lead when Shamiel Stevenson hit a 3-pointer with 8:13 remaining.