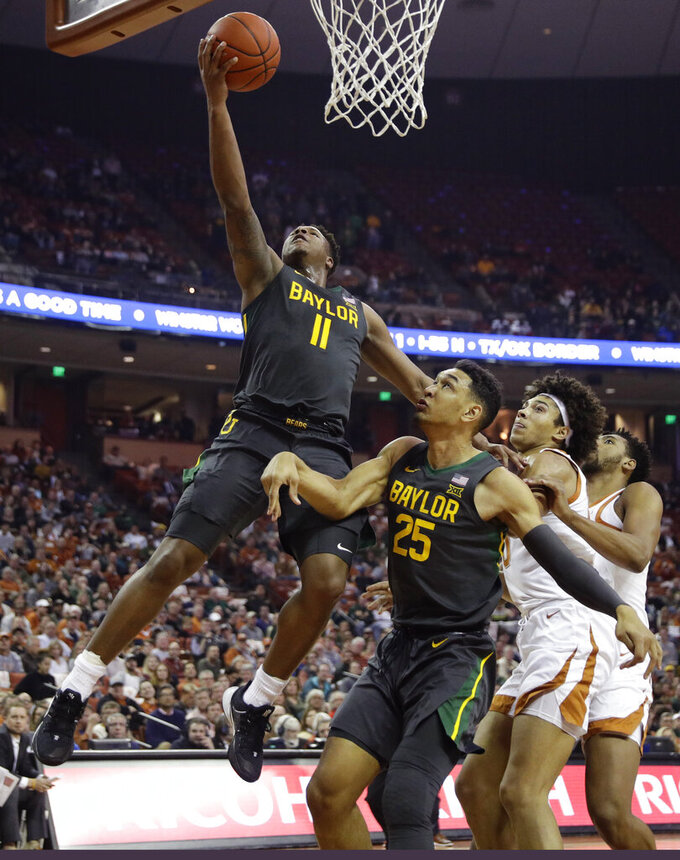 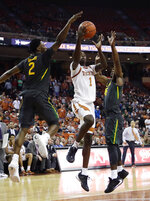 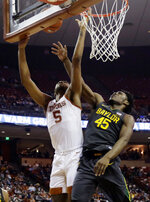 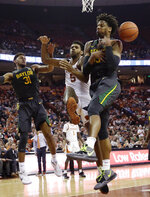 Texas (14-10, 4-7) trailed by 16 with less than seven minutes left. Then Coleman and Jones hit consecutive 3-pointers, and Jones made a three-point play and suddenly the Longhorns found themselves down by seven.

But Jared Butler responded by making an open 3-pointer with 4:49 left after Baylor navigated through Texas’ defensive press. Baylor led 22-16 after a first half of inept offense.

The Bears shot 34.5% from the field, including 2 for 8 on 3-pointers, and missed on their only free throw attempt.

Texas was even worse, converting 24 percent, missing 5 of 6 3-pointers and 3 of 4 free throws while. The Longhorns also committed seven turnovers while producing their lowest point total in a half this season and the fewest against Baylor.

Baylor: The Bears didn’t have a great night on offense, shooting 34%, but they played typically strong defense, holding Texas to its second lowest point total of the season. The lowest was during a 59-44 loss at Baylor. ... Baylor’s winning streak began after Baylor lost its second game of the season to Washington, 67-64, after leading by three with less than two minutes remaining.

Texas: Coach Shaka Smart is 2-9 against Baylor during his five seasons at Texas. Smart is in jeopardy of missing the tournament for the third time in five seasons. His predecessors at Texas, Tom Penders and then Rick Barnes, combined to miss the tournament three times in 27 seasons. ... Texas played without Jase Febres (left knee) and Kai Jones (left ankle). Both were injured in the second half Saturday against Texas Tech. Febres started 23 games this season and Jones the last four.

Baylor is at home against No. 14 West Virginia on Saturday. This is their first meeting of the season.

Texas is at Iowa State on Saturday. The Longhorns beat the Cyclones 72-68 on Feb. 1 in Austin.