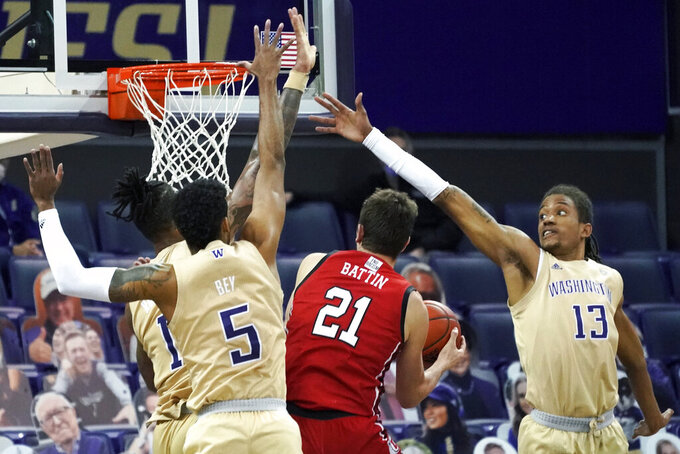 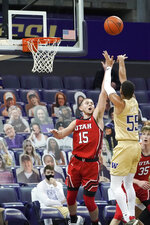 SEATTLE (AP) — Jamal Bey scored a career-high 28 points on near-perfect shooting, ended two of Utah's last three possessions with a steal and a defensive rebound, and Washington rallied to an 83-79 win on Sunday.

Bey was 10 of 11 shooting, making all four 3-point attempts, and had four steals and a blocked shot for the Huskies (3-11, 2-7 Pacific-12 Conference), who scored the game's last eight points. UW has won back-to-back games for the first time this season.

Erik Stevenson scored 18 points for UW, including a three-point play with under a minute to go that gave the Huskies their final lead, 81-79.

Bey scored five straight, a trey and a layup, lifting UW into a 63-61 lead with just under 10 minutes left. It was UW's first lead since being ahead briefly, 18-16, in the first half. Though Utah (6-7, 3-6) led for much of the game, there were 10 ties and eight lead changes and no lead larger than six points in the second half.

Both teams shot 51% for the game but the Huskies made five more 3-pointers and scored 22 points off 16 Utah turnovers. Quade Green added 20 points, hitting 4 of 5 from distance.

Branden Carlson led the Utes with a career-high 18 points, Riley Battin and Timmy Allen scored 15 each and Alfonso Plummer 13.

Allen also dished 10 assists, becoming the second Utah player — behind Carlson on Thursday — to record a double-double this season.

The Utes are at Colorado on Jan. 30. Washington faces visiting Washington State in the Apple Cup rivalry game Jan. 31.