Big 12 bubble teams have chance to help resume this weekend 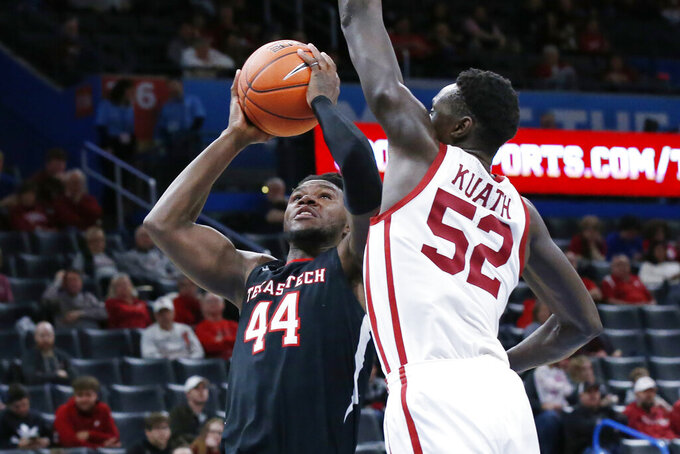 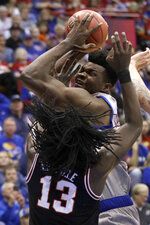 There are two intriguing games in the Big 12 on Saturday that feature teams that are likely locks for the NCAA Tournament against teams that have some work to do. The first happens in Lubbock, where Texas (17-11, 7-8) takes on No. 22 Texas Tech (18-10, 9-6) in a game that could help to solidify the Longhorns' at-large resume. Shaka Smart's crew has rallied to three wins in a row after a four-game skid. The second happens in Morgantown, where Oklahoma (17-11, 7-8) plays No. 20 West Virginia (19-9, 7-8). The Sooners are coming off a win over the Red Raiders while the Mountaineers have lost two straight.

The other noteworthy game Saturday has nothing to do with its competitive nature. Top-ranked Kansas (25-3, 14-1) is a big favorite to beat rival Kansas State (9-19, 2-13) in Manhattan. But it's the first time the schools have met since their game in Lawrence ended in a massive brawl that spilled into the stands. Jayhawks forward Silvio de Sousa is still serving his 12-game suspension for nearly throwing a stool, and three other players also were suspended amid the fallout.

Kansas forward Udoka Azubuike has been riding one of the best stretches of anyone in the country. The 7-foot senior had 23 points and 19 rebounds when the Jayhawks took down then-No. 1 Baylor in Waco to forge a tie atop the Big 12, then he piled up 19 points with 16 rebounds in a blowout of Oklahoma State. He remains the national leader in field-goal percentage while his defense has become crucial in helping Kansas put together a 13-game win streak.

This week was the third time the Big 12 has had different teams ranked No. 1 in back-to-back weeks after Kansas supplanted Baylor. The Jayhawks accomplished the feat with Oklahoma in 2016 and Texas in 2010. ... Kansas and Baylor are a combined 14-0 on the road in league play. The rest of the Big 12 is 10-51. ... Texas has won three straight Big 12 games for the first time since 2016. ... TCU’s Desmond Bane had 22 points and a career-high 11 rebounds against Iowa State for his fifth career double-double. ... Kansas State has used eight different starting lineups this season, the most since 2014-15. At least one of the Wildcats' three freshmen have started each of the last nine.

No. 2 Baylor (26-1, 15-0) tries to remain unbeaten in the Big 12 when Kansas State visits Saturday. The Lady Bears face Texas and visit Iowa State to conclude the regular season. ... Baylor clinched the outright Big 12 title last week and has won 10 straight, the longest active streak in the nation. ... Oklahoma guard Taylor Robertson needs three 3-pointers to pass Kansas State's Laurie Koehn (122) for the single-season Big 12 record. ... Kansas held West Virginia to four points in the first quarter last Saturday. The Jayhawks won 60-53. ... TCU is 11-3 in the Big 12 to set a single-season school record for wins in the Big 12. It's the Horned Frogs' most conference wins since going 13-3 in the Mountain West in 2010-11. ... Texas Tech won at Iowa State for the first time in 18 years last Sunday.