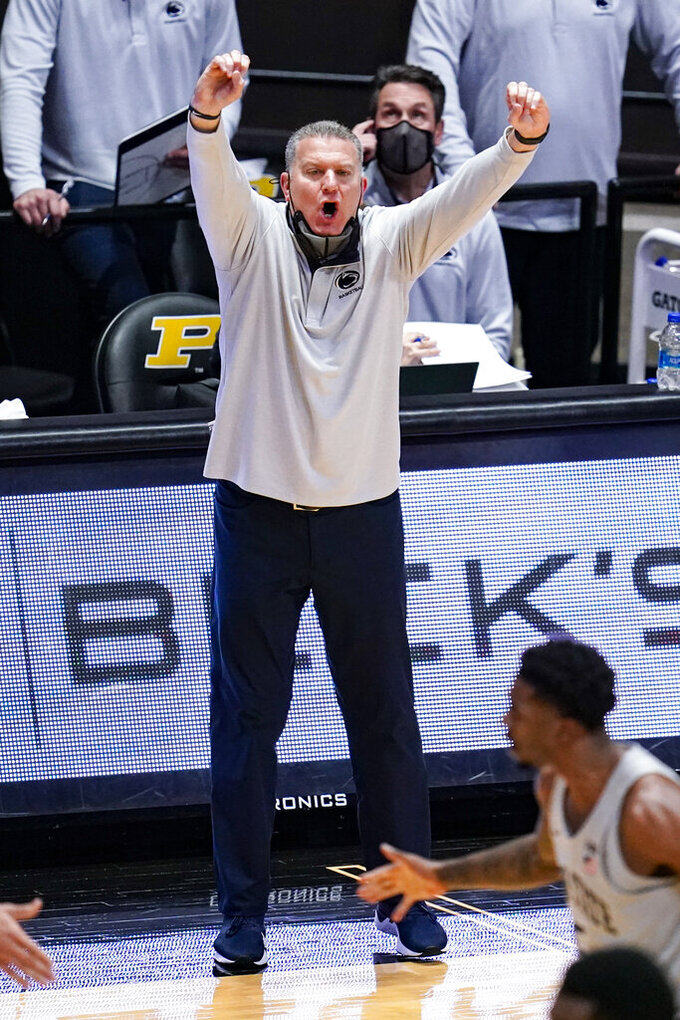 Penn State head coach Jim Ferry yells to his team as they play against Purdue during the first half of an NCAA college basketball game in West Lafayette, Ind., Sunday, Jan. 17, 2021. (AP Photo/Michael Conroy)

Ferry, named interim coach last fall after Patrick Chambers resigned following an internal investigation into inappropriate conduct, was called out by the conference for his actions after the Nittany Lions lost to the Boilermakers 80-72 on Sunday to fall to 3-5.

Referees issued a technical foul on Ferry in the second half. Afterward, he voiced his concerns about the officiating being “a little uneven or inconsistent."

“I wasn’t ranting or raving, I wasn’t cursing,” Ferry said after the loss. "I thought there was a little sensitivity on that.”

The Big Ten said Ferry was reprimanded not for the technical foul but for his postgame comments.

“The Big Ten Conference expects all contests involving a member institution to be conducted without compromise to any fundamental element of sportsmanship,” the conference said in a statement. “Such fundamental elements include integrity of the competition, civility toward all, and respect, particularly toward opponents and officials.”