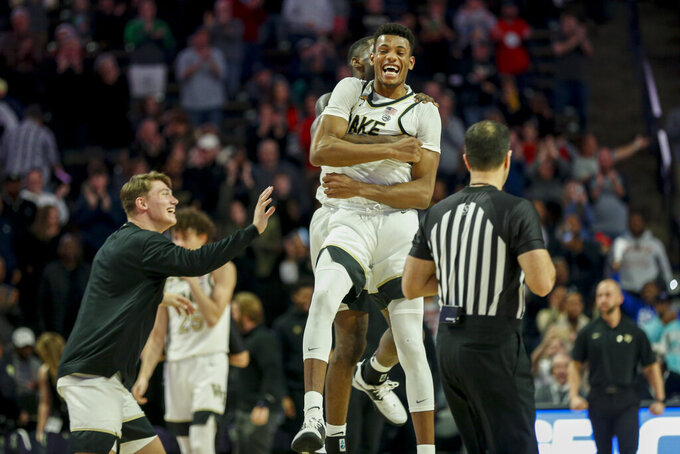 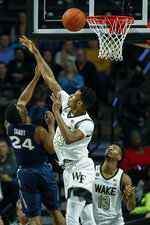 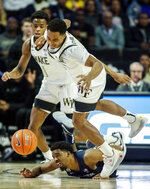 WINSTON-SALEM, N.C. (AP) — Chaundee Brown had to postpone a final acting performance for a few hours to lead Wake Forest to an 80-78 victory Saturday over No. 23 Xavier.

On a smaller stage later Saturday night, Brown played a youth in trouble in an acting class final exam. But earlier, he performed in a hero’s role on the court, scoring 26 points as the Demon Deacons held off a late run by the Musketeers, who were playing their first true road game of the season.

“I didn’t think about that on the court,” Brown said of the acting performance scheduled only a few hours after the basketball game. “We knew we had to come out strong, and we did.”

Brandon Childress added 22 points, hitting five of six free-throw attempts in the final 1:10 for Wake Forest (6-5). Childress, 10 of 12 from the line in the game, made the second of two chances with 7.8 seconds before Goodin’s rushed 3-pointer.

Xavier coach Travis Steele said he was disappointed in his team’s play in the first half. But it was nothing new. The Musketeers have struggled to win a few close games at home.

“It’s too much of a pattern for our guys,” Steele said. “We’ve got to play well for 40 minutes, not six minutes. We lost because of the first 20 minutes.”

Brown made 11 of 16 shots, driving to the basket for several baskets while also hitting 2 of 4 3-point attempts. He scored the final five points of the first half in a 7-0 Wake Forest run that produced a 39-30 lead for the Deacons at intermission.

“Across the board, this was a terrific team effort,” Wake Forest coach Danny Manning said.

Brown scored 18 of his points in the first half as the Deacons raced to a nine-point halftime lead that they extended to as many as 13 points in the second half.

Xavier battled back from a 66-53 deficit with 7:30 left. The Musketeers were within three points on their final three possessions, but opted not to take a 3-point shot until Goodin’s game-ending shot.

“Our team is built more to drive,” Steele said. “We wanted to extend the game.”

Wake Forest won despite playing without 7-footer Olivier Sarr, who averaged 15 points and 10.9 rebounds off the bench in the previous seven games. Sarr is in concussion protocol after suffering a blow to the head in the Deacons’ Dec. 7 game against N.C. State.

The Deacons never trailed after Ody Oguama’s basket put them ahead with 3:57 remaining in the opening half.

Xavier: The Musketeers failed their first road test of the season, but almost pulled out a victory in a game in which they trailed for all but a few minutes.

Wake Forest: The Deacons picked up some needed momentum after losing their previous three, winning without Sarr. They have a week to recover before playing region rival North Carolina A&T.

The pregame ceremonies included a video tribute to the late Skip Prosser, who coached at both schools. The game was the seventh “Skip Prosser Classic.” Xavier holds a 4-3 edge in those games.