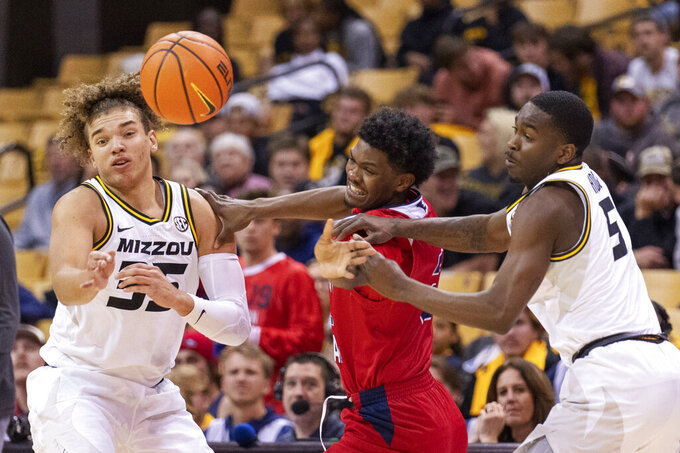 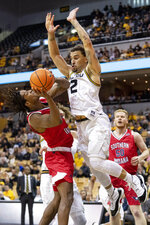 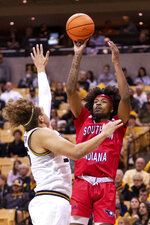 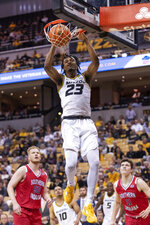 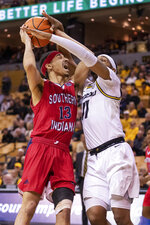 Gates picks up his first win at Missouri after a successful three-year run at Cleveland State. The Tigers are coming off a 12-21 record and 11th-place finish in the Southeastern Conference.

Brown sank 9 of 14 shots from the floor and grabbed five of the Tigers' 16 offensive boards. Tre Gomillion and Sean East II came off the bench to score 12 each. Deandre Gholston and D'Moi Hodge had 11 points apiece, while Nick Honor scored 10 with five assists.

Jelani Simmons made five 3-pointers and scored 23 to lead the Screaming Eagles, who outscored Missouri 60-50 in the second half but got no closer than the final score. Trevor Lakes scored 18 on 6-of-11 shooting from beyond the arc. Jeremiah Hernandez had 14 points, Isaiah Swope scored 13 and Tyler Henry chipped in 11.

Southern Indiana is in its first season as a Division I member and will play in the Ohio Valley Conference.

Missouri is 3-0 all-time against the Screaming Eagles and won its season opener for the eighth straight time.