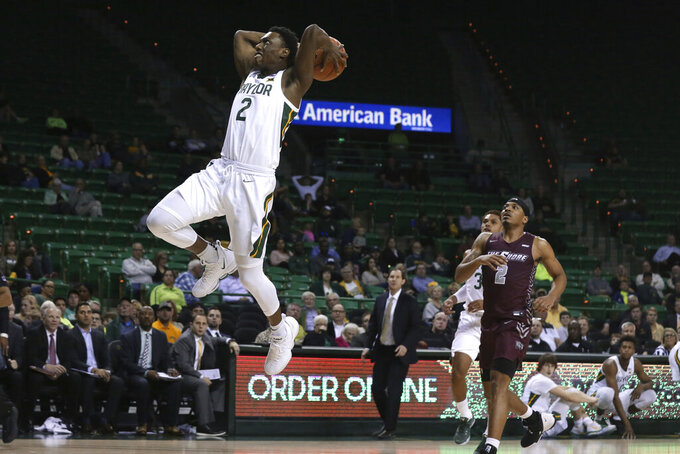 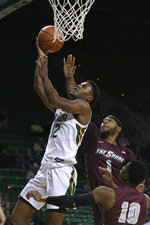 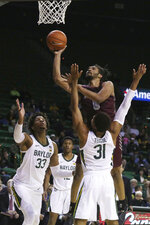 WACO, Texas (AP) — No. 18 Baylor avoided any letdown at home against a winless team after a lengthy break.

The next two home games almost certainly won’t be this easy for the Bears.

Jared Butler made six 3-pointers and scored 20 points, Devonte Bandoo added 14 points and Baylor led throughout in a 78-46 victory over Maryland Eastern Shore on Tuesday night.

“It was the first game back from Thanksgiving break, you know you’re going to be a little rusty in some areas, but really pleased with the overall performance,” coach Scott Drew said. “We got a lead, we built on the lead, the game was never in jeopardy.”

The Bears (6-1) played for the first time in nine days, since a win over then-No. 17 Villanova for the championship at the Myrtle Beach Invitational, where they won three games in four days.

Their next two games are also at home, against No. 12 Arizona on Saturday before No. 24 Butler visits next Tuesday.

Butler hit a 3 on the first shot of the game, putting Baylor ahead to stay in the first 20 seconds. His layup about 4½ minutes in pushed the Bears to an 11-1 lead, and they were up 39-21 at halftime.

“It was a combination of my teammates looking for me and me just being aggressive,” said Butler, who played 24 minutes in his third 20-point game this season. “You’ve just got to start fast against teams like this. You’ve got to eliminate their confidence.”

“Freddie was good,” Drew said. “As far as rebounding-wise and defensively, he did a good job blocking some shots and I thought he rebounded a lot better the second half.”

Maryland Eastern Shore: Under first-year coach Jason Crafton, the Hawks are still searching for their first win after going 7-25 overall and 5-11 last season in the Mid-Eastern Athletic Conference.

Baylor: Preseason All-Big 12 junior forward Tristan Clark sat out with a sore knee after playing all three games in the Myrtle Beach tournament. He was limited to 14 games last season before knee surgery after the start of Big 12 play, and had a non-operative procedure on his knee after the first two games this season. ... Baylor finished with a 52-35 rebounding edge.

“We’ll have to have much better offensive execution as far as, you can’t shoot 40% and 59% from the free throw line come Saturday,” Drew said. “But we are excited now to get geared up for that.”

Baylor’s guards combined for 52 points against the Hawks. Now they have their sights set on No. 12 Arizona, which has standout freshman guard Nico Mannion.

“We pride ourselves on being the best guards in the country, and when a guy like Nico Mannion is pretty good and highly touted, we look at it as an opportunity and a challenge,” Butler said. “We can’t wait. He’s coming to our house.”

Baylor hosts No. 12 Arizona, and the school is offering free admission for a Top 25 matchup that starts about the same time Saturday that the Bears’ football team will kick off in the Big 12 championship game about 100 miles away in Arlington.