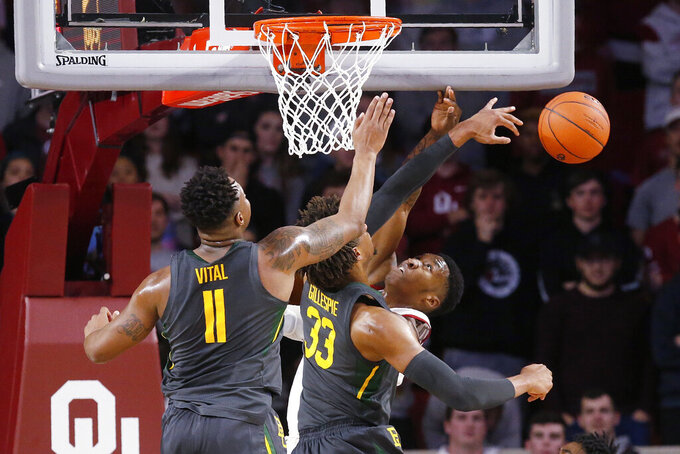 Oklahoma opened with a 10-5 lead, but Baylor's tough defense smothered the Sooners for most of the first half. The Bears took a 28-19 lead before Brady Manek connected on a 3-pointer and an alley-oop dunk to trim the deficit to four. Baylor led 30-24 at halftime.

Oklahoma trailed 39-38 and could have taken the lead, but Doolittle missed a 3-pointer that was a bit rushed. Baylor responded by scoring six straight to go up 45-38. A deep 3 by Butler put the Bears ahead 55-44 with about six minutes remaining.

Baylor: The Bears were again unspectacular, but effective. They made just enough shots, won the rebounding battle and committed only eight turnovers.

Oklahoma: The Sooners have lost back-to-back games, to current No. 3 Kansas and No. 1 Baylor. Overall, though, Oklahoma has been strong lately.

The Bears put themselves in position to properly defend their No. 1 ranking Saturday against No. 3 Kansas. Oklahoma might have garnered some attention from voters with a win.