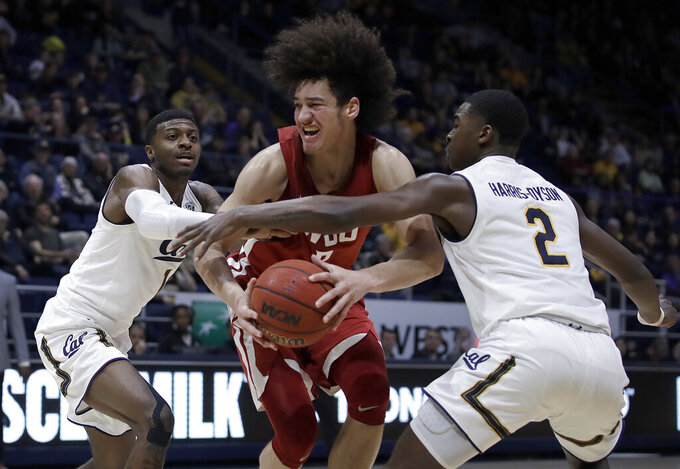 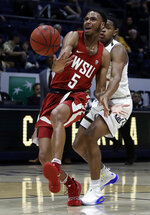 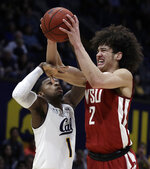 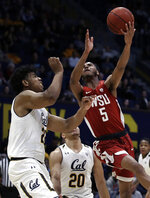 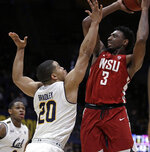 It wasn't how Golden Bears coach Wyking Jones designed it, but with his team winning back-to-back games following a school-record 16-game skid, he certainly wasn't complaining either.

"Our hard work is paying off," McNeill said. "When I saw my first 3 wasn't falling I decided to get to the rim and do whatever I can to help the team win. That's what I was doing."

Two days after upsetting No. 25 Washington, California won its final home game of the season in somewhat easy fashion. The Bears never trailed, led by 15 midway through the second half and pulled away after the Cougars made their biggest push.

McNeill had 11 points in the second half mostly on drives through the lane. McNeill made one 3-pointer after Washington State pulled within 62-56, then added a key steal and layup moments later.

Jones said that McNeill's ability to get into the paint gets overlooked sometimes because of his role in Cal's offense.

"It's not really something that we tell him to go do," Jones said. "To see him get into a groove of getting to the rim and finishing right hand, left hand . we know that he has that in his game. It's just not something that he particularly uses because for us what's most important is that he shoot the basketball."

Even then, the Bears had to hold on after missing eight of 11 free throws over the final two minutes.

The Cougars were short-handed without Carter Skaggs, Viont'e Daniels and Jeff Pollard, all three of whom remain in concussion protocol. That left coach Ernie Kent's team with eight players for the second time in three days and made for an uphill climb all afternoon against the Bears.

Cal built a 29-18 lead following a pair of free throws by Andre Kelly. Washington State scored eight straight to pull within three but Austin had five points as part of a 12-3 run that put the Bears ahead 41-29.

"Our defensive pressure really helped us tonight, saved us," Jones said. "Any time they made a run or got it under 10, it felt like we made a defensive play."

Washington State: The Cougars looked much better than they did in the loss to Stanford on Thursday but they played from behind all afternoon and couldn't get the surge they needed. Elleby had a stellar game but was called for a technical foul with 11 minutes left in the second half and his team trailing by 13. ... The Cougars made only three two-point baskets in the first half compared to seven 3s.

California: Getting consecutive wins for the second time this season won't pretty up the overall picture but the Bears have to feel good about sticking with it throughout the losing streak. If nothing else, this gives Jones' team some confidence with the conference tournament coming up.

Cal hadn't won consecutive conference games since beating Oregon State and Utah in March 2017. . McNeill's lone 3-pointer moved him into ninth place on the Bears' single-season list with 65. . Washington State made 13 3-pointers, marking the 15th time this season that the Cougars have reached double figures from beyond the arc.

California: Plays at Stanford on Thursday.