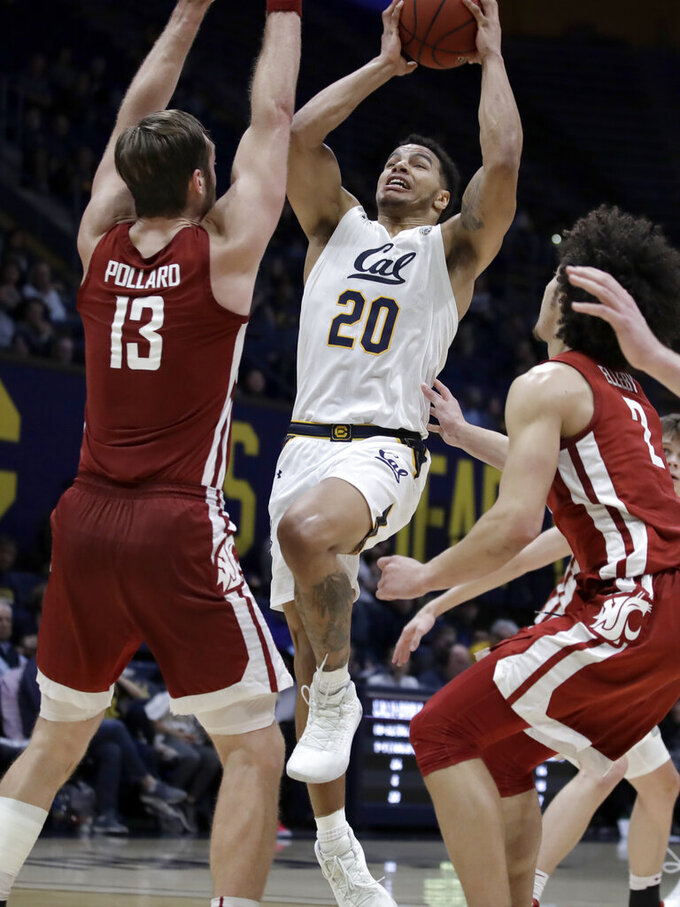 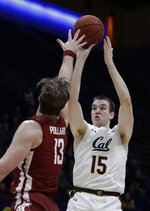 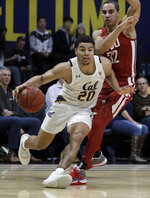 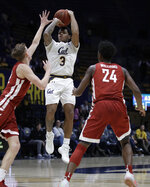 BERKELEY, Calif. (AP) — Matt Bradley turned a bad week of practice into the best game of his California career and a much-needed win for the Golden Bears.

Bradley scored a career-high 26 points and had 10 rebounds, and California held off a late surge to beat Washington State 73-66 on Thursday night for the Golden Bears’ first win in nearly a month.

“This felt good,” Bradley said after his second career double-double. “Coach (Mark Fox) got on me. I noticed I was getting a little too comfortable. He led me to be uncomfortable this week and it showed.”

Bradley shot 10 of 14 and had a one-handed fast break dunk off a pass from Joel Brown that put the Bears ahead by 13 early in the second half..

The Cougars, who rallied from 11 down to beat UCLA in overtime last week, nearly came back again.

Elleby had five points as part of a 7-0 run then Williams scored four points to spark a 9-0 run.

Williams made two free throws with 55.9 seconds left to pull Washington State within 69-66.

Bradley followed with his second 3-pointer of the night then made one of two free throws with 17.6 seconds left after Isaac Bonton missed a 3-point attempt.

“Matt has taken, I think unfairly, a lot of responsibility for some of our losses,” Fox said. “It’s not all on him. But you love the fact the guy that’s arguably one of your best players is taking that much responsibility. I did not like how he practiced and so we had some great moments. He’s a great kid so he responded.”

It was first-year Washington State coach Kyle Smith’s first game since being publicly reprimanded by the Pac-12 for comments he made to the media questioning the officiating during Washington State’s loss to USC on Jan. 2.

California turned the ball over 10 of the first 17 times it had possession, and trailed by 14 before going on a 25-5 run over the final 7:43 of the first half. Austin scored eight points during the run, which was aided by a flagrant foul call against Williams.

“I didn’t like the feel of our team in shootaround today so I was a little concerned. Unfortunately I was right,” Fox said. “We had a lot of errors offensively. It just took us a while to calm down.”

Washington State: The Cougars got off to a slow start in the second half and trailed by 13 before making a run. Elleby was forced to shoulder much of the scoring, much like he has all season.

California: The Bears need any win they can get and this was a nice bounce back for Fox’s team after they dropped their Pac-12 opener against Stanford. Bradley had his best game yet and has scored in double figures in every game this season but one.

DOC IS IN THE HOUSE

NBA legend and Hall of Famer Julius Erving was in attendance and watched the game from the upper reaches of Haas Pavilion. Erving’s son, Jules, is a third-year walk-on junior on the team who has played in two games this season.

“It’s been a nerve-wracking experience,” Julius Erving said. “He’s a walk-on, he’s on the taxi squad, so his personal expectations were higher than the results.”

It was the elder Erving’s first game at the Berkeley campus this season and came while many students are still on break.

“It feels like a practice right now,” Erving said of the crowd. “It’s still the holidays. The kids aren’t back in school, so it doesn’t have the normal feel. Usually they turn out.”

Jules Erving wasn’t the only player in the arena with a famous father.

Washington State’s DJ Rodman’s father, Dennis, is also in the Hall of Fame and was a member of five NBA championship teams. California’s D.J. Thorpe is the son of former NBA All-Star Otis Thorpe.

Washington State: The Cougars take a short trip across the San Francisco bay to play at Stanford on Saturday.

California: The Bears play Washington at Haas Pavilion on Saturday.