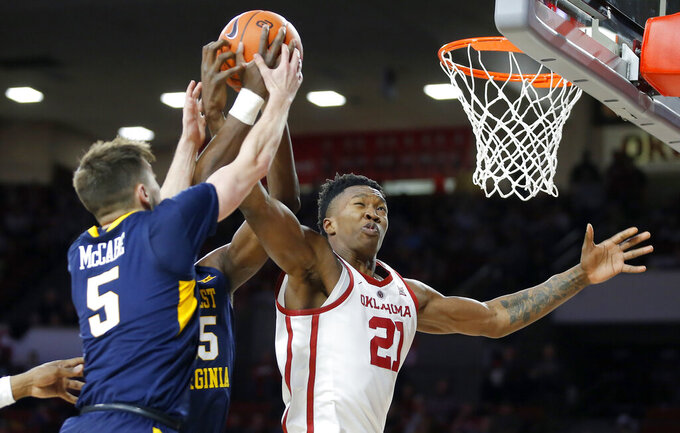 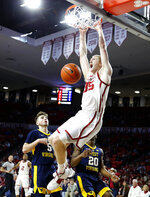 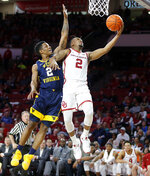 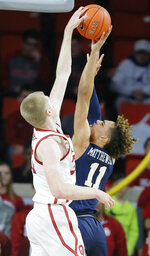 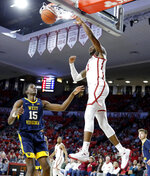 NORMAN, Okla. (AP) — Jamal Bieniemy was calm when the pressure was on.

The freshman guard scored a season-high 22 points and made 8 of 10 free throws in the closing minutes to help Oklahoma beat West Virginia 92-80 on Saturday.

Oklahoma led by 13 when West Virginia coach Bob Huggins had his team start fouling Bieniemy intentionally, starting with 3:08 remaining. Bieniemy had only attempted 12 free throws all season before Saturday's game, with six makes. He missed two of his first three before making the next seven.

Huggins said West Virginia had a lot to do with Bieniemy's overall performance.

Kristian Doolittle scored 15 points and Brady Manek added 14 for the Sooners (18-11, 6-10 Big 12 Conference), who have won three of four to strengthen their case for an NCAA Tournament bid. Oklahoma shot a season-high 59 percent from the field.

West Virginia won the first meeting 79-71 on Feb. 2. The Sooners felt they were more prepared for West Virginia's physical style of play this time around. They held Mountaineers forward Derek Culver to nine points and nine rebounds. He had 13 points and 14 rebounds when they played the first time.

"I feel like this game we were more physical and more focused on boxing out," Doolittle said. "First time you play somebody — scout team can only simulate so much of what the other team is going to do. We had a good game plan coming into this game, good emphasis on Culver."

Oklahoma fell behind in the early minutes before taking charge. The Sooners shot 58 percent in the first half to take a 42-28 lead at the break. Bieniemy scored 12 points in the first half.

Oklahoma led 54-41 in the second half before going on a 13-2 run. Despite its late fouling, West Virginia never really got back into the game.

West Virginia: The Mountaineers broke their five-game losing streak with a 104-96 triple-overtime win over TCU on Tuesday, but they went right back to playing the way they did during their skid.

Oklahoma: The win strengthened the Sooners' chances of making it to the NCAA Tournament. A home loss to a struggling West Virginia squad would have been damaging.

Senior Patrick Geha got a moment to remember when he scored a basket on Senior Day. It was only his third bucket of the season. The walk-on also scored against Wichita State and Vanderbilt, and he scored two points last season against Northwestern.

Huggins summing up the game: "They made shots and we turned it over, basically."