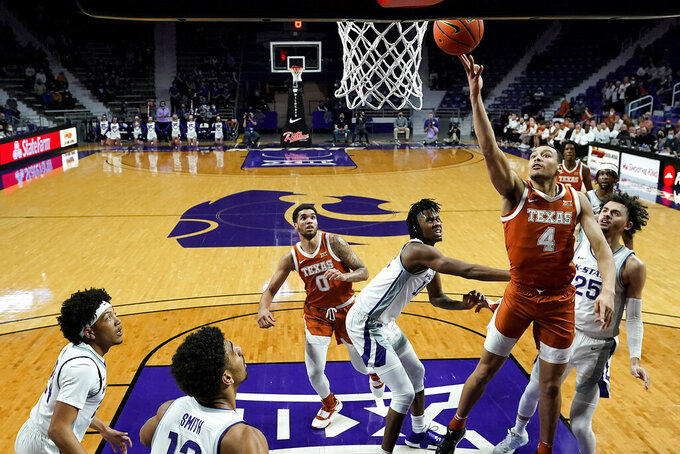 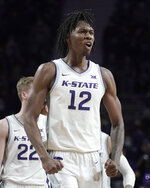 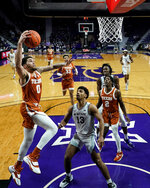 MANHATTAN, Kan. (AP) — Marcus Carr scored 19 points, Timmy Allen had 17 points and a career-high 14 rebounds, and No. 14 Texas rallied in the second half to beat Kansas State 70-57 on Tuesday night.

“I think when we get it inside, it creates some momentum for us,” Allen said. “And then when we get inside, they have to react to that and we it inside-out for some 3s.”

Nijel Pack scored 21 points, 15 in the first half, and Selton Miguel finished with 13 points for the Wildcats (8-5, 0-2), who were missing seven players and coach Bruce Weber because of COVID-19 protocols.

“We did a great job early in the first half with our energy,” said assistant coach Shane Southwell, who led the team in Weber's absence. “We set the tone early, but then the second half we didn’t have that physicality.”

Texas was without its third-leading scorer, Andrew Jones.

“When I’m old and floating down the Frio River in Concan, (Texas), I’m not going to remember the asterisk at all,” Texas coach Chris Beard said. “But I’ll remember coming down here with these guys.”

The Longhorns entered leading the nation in scoring defense, allowing 51 points per game, and they gave up just 22 points in the second half en route to their fifth straight win over the Wildcats.

Pack's 3-pointer at the first-half buzzer concluded an 8-0 run for Kansas State. But the Wildcats didn't score for the first five minutes of the second half as they gave up the lead. After Texas' big run, Kansas State didn't get closer than six points.

“It was the details,” Pack said. “The first half we had the energy, and in the second half we made some mental mistakes. It could’ve been fatigue but we’ve got to be better.”

Texas: The Longhorns' roster is full of transfers who are still getting comfortable with one another. That was evident during their sluggish start.

Kansas State: Having only seven scholarship players available eventually took its toll on the Wildcats.

Texas: At Oklahoma State on Saturday.