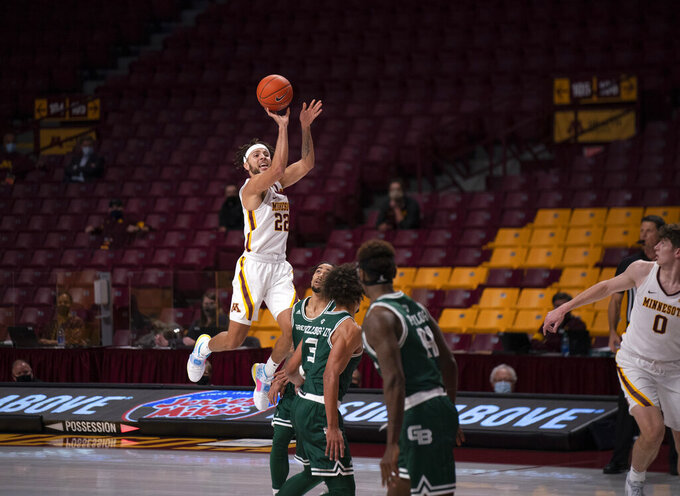 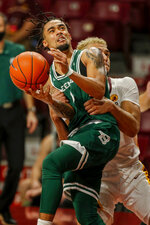 MINNEAPOLIS (AP) — Marcus Carr matched a career high with 35 points and Minnesota cruised to a 99-69 victory over Green Bay on Wednesday night.

Carr, a junior who set a program-record with 207 assists last season, finished with four helpers against Green Bay including an alley-oop to Jarvis Omersa. Carr was 12 of 22 from the floor and made four 3-pointers.

Both Gach, who played at high school basketball about 100 miles south of Minnesota’s campus, added 14 points in his debut for his home-state team after transferring from Utah. Gabe Kalscheur chipped in 17 points.

Fifth-year senior Eric Curry started at forward for the Gophers, his first action in 21 months after missing last season with the second major knee injury of his career. He totaled 15 minutes and four points.

The Phoenix cut a 31-point halftime deficit to 70-60 midway through the second half. But Carr scored 11 points during a 17-5 run to stretch the Gophers' lead to 87-65 with five minutes left.

There were no fans inside the 14,625-seat Williams Arena.