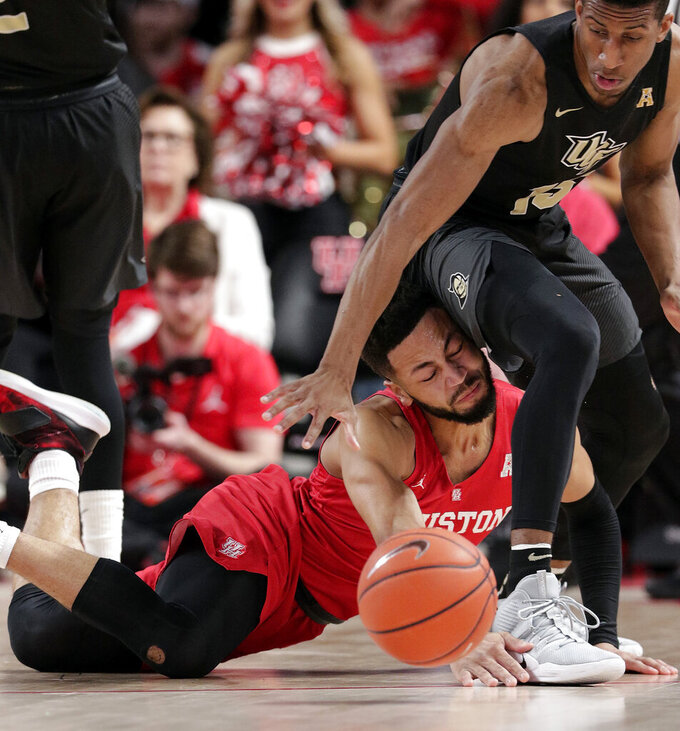 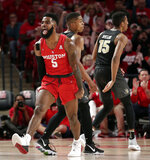 HOUSTON (AP) — Central Florida coach Johnny Dawkins is hoping to turn the Knights into a perennial winner in much the same way as Houston coach Kelvin Sampson has elevated the Cougars.

"It's a huge win for our program," Dawkins said. "What Sampson has done here at Houston over the course of the past few years has been amazing. We want to represent our conference well, too, and we're in the process of trying to build towards that. A game like this helps because you can see that it's possible."

Central Florida (22-6, 12-4 American Athletic) outscored Houston 41-31 in the second half to snap a seven-game losing streak against ranked opponents. The Knights also stopped Houston's 33-game home winning streak, which was the longest in the nation.

"We did a lot of things that were uncharacteristic for us tonight, but let's give Central Florida some credit," Sampson said. "Let's not sit here and, 'Woe is us,' and feel sorry for ourselves. Central Florida came in here with a good plan and they beat us."

"When you've got a 7-6 guy sitting in the paint, it takes away a lot of what you want to do," Davis said. "They made everything difficult for us."

Sampson added that Fall "takes away half your playbook."

Houston devoted extra attention to Fall on the defensive end, and Smith took advantage, making 8 of 15 shots and 4 of 5 free throws. Fall said rebounding and taking away Houston's second-chance opportunities was a point of emphasis.

"We're just trying to be aggressive as a group," Fall said. "We knew we had to get it done on the defensive end. We battled, and the guys did a good job tonight."

Houston led for much of the first half, but costly turnovers and strong defense from Central Florida kept the game close. The Cougars carried a 33-28 lead into halftime.

Houston was held scoreless for the first five minutes after the break, and an 11-0 run put the Knights in front.

The Cougars rallied to a 60-58 lead with less than two minutes remaining before Central Florida pulled away.

"We knew they were going to respond," Dawkins said. "They're too good of a team. We just had to make sure that when they went on that run, that we stayed poised and I thought we were able to slow down that momentum and were able to hang on."

Houston had just three points off second-chance opportunities, compared with 15 second-chance points in its previous game, a 99-65 win over East Carolina.

On the lack of second-chance scoring, Sampson said: "That's not us."

KEENUM IN THE HOUSE

Denver Broncos quarterback and former Houston star Case Keenum was introduced to the Fertitta Center crowd midway through the second half and received a standing ovation.

Houston: The Cougars had climbed their way to the school's highest ranking in the AP poll since it reached No. 5 in the final 1983-84 poll. The loss snapped a 12-game winning streak against AAC opponents.

Central Florida: After struggling to find an offensive rhythm against Houston's tough perimeter defense, the Knights went inside in the second half, scoring 20 in the paint in the second half compared with just 10 in the first half.

UCF: Hosts No. 23 Cincinnati on Thursday.