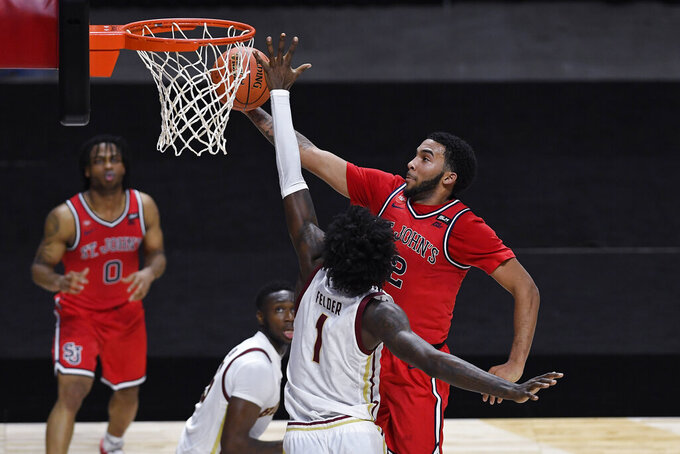 St. John's led 92-79 with 2:39 remaining before Boston College went on a 12-1 run as the Red Storm turned the ball over five times in six possessions.

Down 96-93, Boston College turned it over with 17.6 seconds left but St. John's did the same on the ensuing inbounds pass. Wynston Tabbs grabbed an offensive rebound after a missed 3 and stepped back to the 3-point line in the corner, but was blocked by Champagnie. John McGriff sealed it at the other end with a free throw.

Alexander went 6 for 6 in the first half for 16 points to help St. John's build a 52-40 lead. Champagnie, a 6-foot-8 sophomore who missed the first two games this season with a sprained right ankle, added 14 points and Dylan Addae-Wusu had five assists.

Tabbs scored 23 points to lead Boston College (1-2), and sophomore CJ Felder added a career-best 18. Jay Heath, who returned to the starting lineup after missing the Rhode Island game, and Makai Ashton-Langford each scored 13.