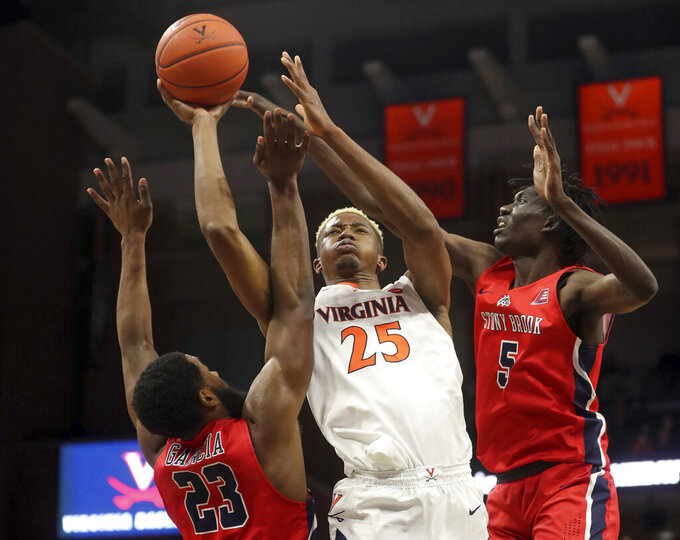 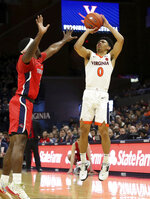 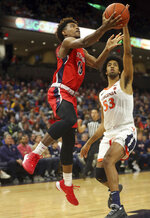 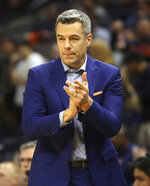 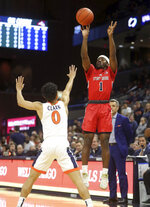 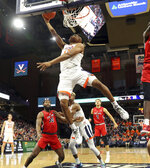 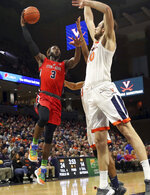 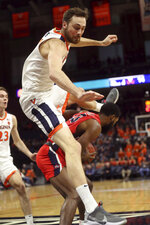 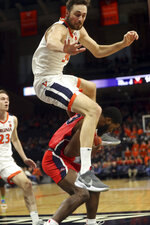 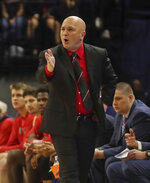 CHARLOTTESVILLE, Va. (AP) — Virginia coach Tony Bennett still ranks as the NCAA's career leader in 3-point shooting percentage at 49.7%, so he might be more able to tell his players what not to do to get themselves out of a shooting slump.

The players take his words to heart.

“You can't obsess to the best of your abilities on your shot,” Bennett said Wednesday night after Virginia struggled again on offense, but did enough to beat Stony Brook 56-44. “You have to be a plus in all the other areas: defensively, not turning it over, being sound and at times you pass up some shots. You need to, and then there's times you have to take them.”

Kihei Clark scored 14 points and Jay Huff had eight of his 12 during a second-half run for the Cavaliers, who haven't let their offensive difficulties effect their defense. They came into the game leading the nation in scoring defense (44.2) and field goal percentage defense (31.6%) and hit their marks again.

Until the offense improves, Bennett said, “this may sound funny, but we started trying to tighten up our defense even more to keep us in there.”

Huff ended a 5-minute second-half scoreless drought for the Cavaliers (9-1) with a putback dunk with 12:11 remaining and added six more points as Virginia turned a 35-30 lead into a more comfortable 49-38 edge.

The burst also included a pair of 3-pointers from Tomas Woldetensae, one of which banked in, leaving Seawolves coach Geno Ford shaking his head.

“That 3 banks in and it almost feels like it's worth 9 because you just don't have a lot of possessions to make up for it,” he said.

“They do all the little things well and they're honestly what teams around the country want to emulate and who they want to be,” Ford said.

Stony Brook: The Seawolves arrived with one of the nation's best 2-point shooting defenses and could have pulled an upset had they not been so careless with the ball. They outrebounded Virginia 16-14 in the first half and outscored them 14-8 in the paint but had 11 first-half turnovers.

Virginia: Nine days without a game did little to help Virginia's offensive woes. They scored 14 points in the first 5:43 of the game, then went 6:27 without a point but still had the lead because the Seawolves turned the ball over repeatedly. In the second half, a drought of 5 minutes quieted the crowd as the Cavaliers enjoyed just a five-point lead.

Stony Brook's Mouhamadou Gueye had a big impact on the inside as the Seaswolves outscored Virginia 24-22 in the paint. The 6-foot-9 junior had nine points, five rebounds and six blocks.

Said Bennett, “I think he took away some of our in-the-paint plays.”

“Maybe I should have called a timeout a couple of possessions sooner,” he said. “It was just bad body language. I didn't like how we looked.”

The Cavaliers managed just 14 points the rest of the first half to lead 28-21 at the break. The Seawolves kept pace the rest of the game with both teams scoring 42 after the fast start.

The Seawolves stay on the road, playing at American on Saturday.

The Cavaliers remain at home and face South Carolina on Sunday.