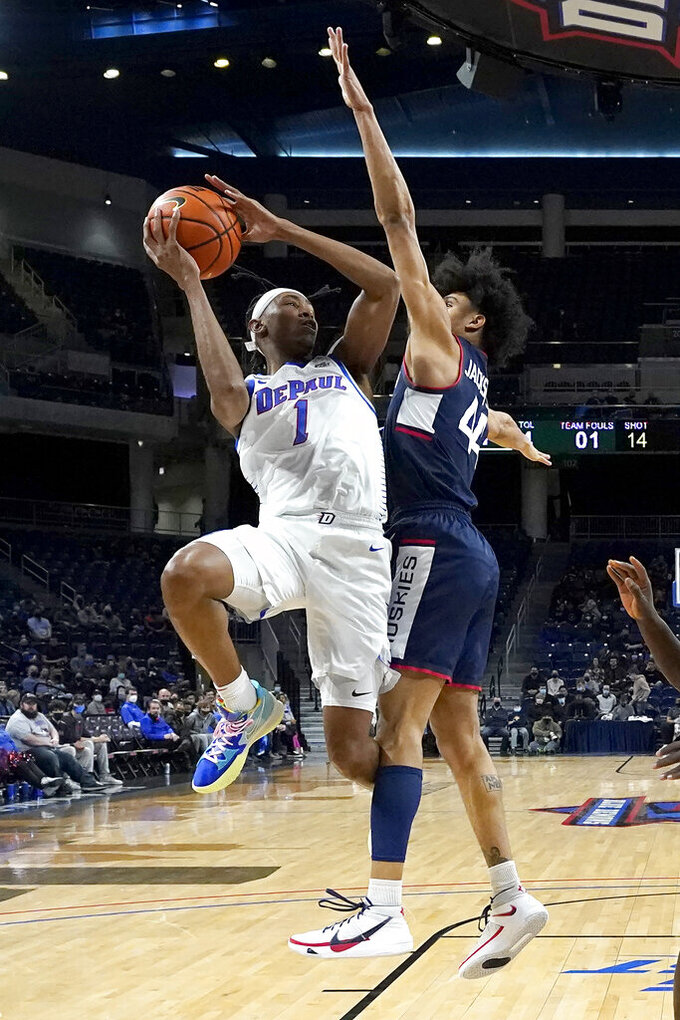 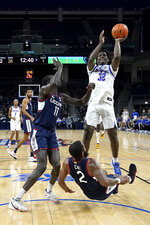 Cole scored over half of his team’s first-half points, helping the Huskies (15-4, 6-2 Big East) continue their surge up the conference standings.

“We had to really, really rely on our defense and rebounding in the second half,” Connecticut coach Dan Hurley said. “Obviously, R.J. carried us on a night where we had a ton of guys just struggling individually offensively. I wish we would’ve played better, but you’re never upset when you walk away with a road win in this league.”

Despite a strong first half, DePaul was unable to muster up enough offense to pull off the upset, especially with Javon Freeman-Liberty missing his fourth straight game. Freeman-Liberty, the conference’s leading scorer, has been out since Jan. 13 with a groin injury.

“We’re taking too many tough, challenged shots,” DePaul coach Tony Stubblefield said. “We’ve got to trust our teammates and make the extra pass. Not one person is going to get Javon’s 27 points a game and seven rebounds. We’ve got to do it collectively as a team.”

Adama Sanogo came alive in the second half, tallying six points, a block and a steal in the first four minutes. The Huskies increased the defensive pressure on DePaul, which helped them rip off a 16-5 scoring run.

“That front court that they’ve got I think bothered Adama a lot in the first half,” Hurley said. “He was out of sorts. But you play elite defense and you rebound the heck out of the ball, you have a chance to win every game you play.”

Connecticut initially couldn’t build its lead after failing to cash in on multiple second chance opportunities. But with Brandon Johnson temporarily sidelined after running into foul trouble, DePaul’s offense struggled to come up with crucial baskets.

The Blue Demons clawed back to within five during the final minute, but Cole hit a pair of free throws with 22 seconds left to seal the victory for Connecticut.

The Huskies opened the game on a 7-0 run, with Cole scoring five points within the first three minutes. DePaul quickly countered, outscoring Connecticut 23-6 through the midway point of the first half. Nick Ongenda punctuated the Blue Demons’ run by blocking a Jalen Gaffney layup and throwing down a two-handed dunk on the following possession.

Cole sparked another rally from there, hitting three layups and bringing the Huskies’ to within two on the scoreboard. After Connecticut forced a shot clock violation, Sanogo caught a cross-court inbounds pass and hit a layup with less than a second remaining to cut the deficit to 29-28 at halftime.

UConn: The Huskies have rattled off five straight conference wins after a 1-2 start in Big East play. They’ll get a great opportunity to prove their legitimacy in the coming weeks, with three of their next four opponents currently ranked in the Top 25.

DePaul: The Blue Demons’ hot start to this season feels like it occurred years ago. DePaul once looked ready to make a run at its first NCAA Tournament bid since 2004, but struggles in conference play have likely undone any of those hopes.

A fifth straight win should help Connecticut move up in the rankings, as will No.15 USC’s loss on Thursday. The Huskies could make an even bigger leap should they finish the upcoming week with a win over No. 14 Villanova. DePaul, meanwhile, will need to surge through February if it has any hope of receiving attention from the voters.

DePaul: Travels to Cincinnati on Saturday to take on No. 21 Xavier.