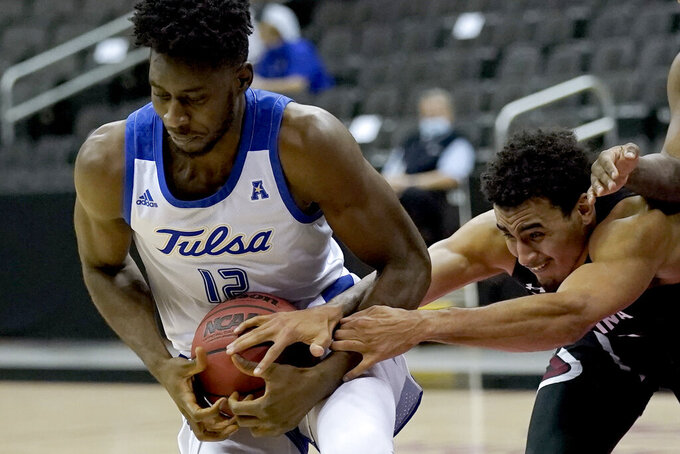 South Carolina trailed 51-49 with 10:47 left after Tulsa's 11-3 run. But the Gamecocks answered with a 15-0 spurt —with five points from Lawson — to push their lead into double figures for the rest of the way.

Couisnard and Lawson, who led the Gamecocks last season with 13.4 points a game, each made four 3-pointers as South Carolina (1-1) was 9 of 23 from distance. Keyshawn Bryant had his streak of six straight games in double-figure scoring snapped as he finished with two points in 18 minutes.

The teams combined for 44 turnovers.

Brandon Rachal scored 14 points for Tulsa (0-2), and Keyshawn Embery-Simpson and Elijah Joiner each added 11 points. Joiner also grabbed seven rebounds and Embery-Simpson scored all of his points in the first half. Tulsa was just 4 of 17 from 3-point range.

South Carolina is scheduled to play at Houston on Saturday, while Tulsa opens its home schedule against UT Arlington on Friday.