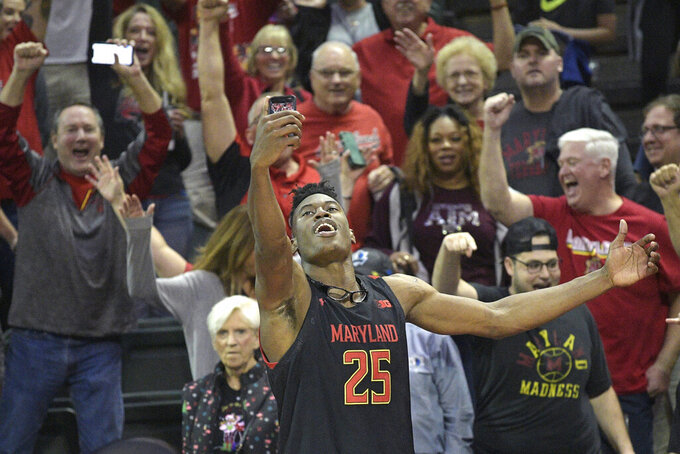 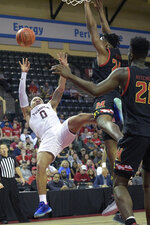 Yes, the Terrapins (6-0) are unbeaten and have high expectations, however they’ve yet to put together the kind of complete performance their coach has been looking for.

"Just because we have a number in front of our name, I don't think we've really earned it to be honest with you. Hopefully we do at some point,” Turgeon said after Anthony Cowan Jr. scored five of his career-best 30 points in the final minutes to help the Terps overcome a slow start and beat Temple 76-69 in the opening game of the Orlando Invitational on Thursday.

“We get everybody's best shot,” the Maryland coach added. “The bottom line is it's about winning, and we've figured out every game how to win. I was really proud of our guys for this early in the season to execute the way we did down the stretch."

Eric Ayala had 13 points and Jalen Smith finished with 12 points and nine rebounds for the Terrapins, who trailed by as many as nine in the first half. Cowan put them ahead for good with a long 3-pointer and added two free throws in the closing seconds for a five-point lead.

Ayala also came up big down the stretch with a 3-pointer, two free throws and a driving layup in the final 1:53. Smith capped the win — Maryland’s first by less than 18 points — with two free throws that gave the Terps their biggest lead of the game with 2 seconds remaining.

"They made plays down the stretch,” Temple coach Aaron McKie said. “We've got some work to do."

Alani Moore II led Temple (4-1) with 22 points. J.P. Moorman II had 14 points and nine rebounds, while Owls leading scorer Nate Pierre-Louis was limited to three points — nearly 13 below his average — on 0-for-7 shooting from the field and 3 of 4 free throws.

“No, never,” Moorman said. “But I definitely think this has given us an image of how we can play with anybody in the country. That was the fifth-best team in the country, we played them close."

Maryland: Falling behind early has been a recurring theme for the Terps, who led for just 16 seconds of the opening half using a 9-3 spurt to turn a 34-29 deficit into a 38-37 lead. Neither team could create much separation until Cowan’s 3-pointer snapped a 62-62 tie.

Temple: The Owls pushed the Terps to the limit despite only shooting 34 percent from the field and not getting their usual production from the high-scoring backcourt of Pierre-Louis and Quinton Rose, who finished with nine points on 4-for-16 shooting. Jake Forrester had six points and two rebounds in his debut for the Owls, who earlier this week received approval from the NCAA to play the transfer from Indiana.

Maryland: Friday’s semifinals against the winner of Thursday’s first-round matchup between Texas A&M and Harvard.

Temple: Friday in the consolation bracket vs. the loser of Texas A&M-Harvard.