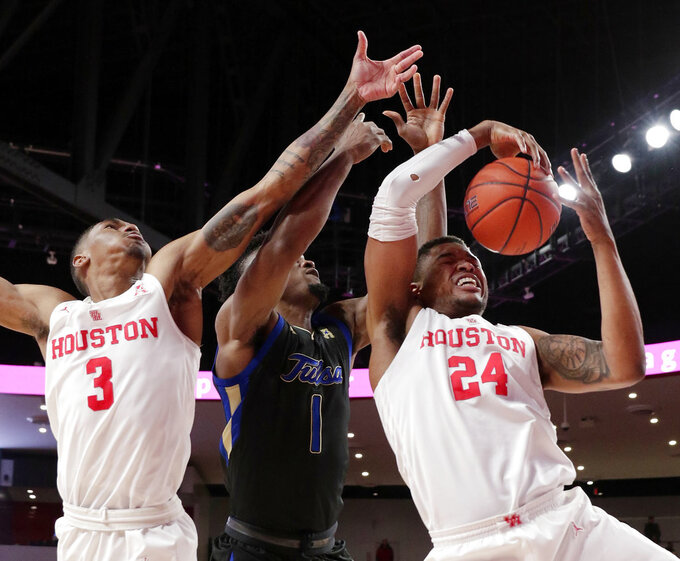 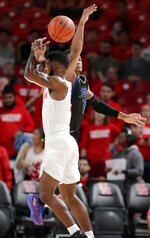 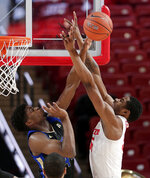 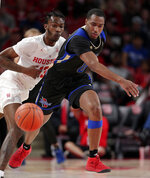 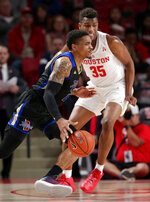 Houston (14-0) extended the longest home winning streak in the nation to 27 games.

"I really tried to look at it as another game but raise the expectations because every game counts," Hinton said of the start of conference play. "Nonconference record means something, but at the end of the day, it really doesn't mean as much as the conference."

The Cougars shot only 37 percent, but outrebounded Tulsa 52-40, including 16-9 on the offensive glass, and had an 18-7 edge in second-chance points.

"We put so much emphasis on defense and rebounding and having a defined way we are going to win the game," Houston coach Kelvin Sampson said. "Our kids when they walk out of that locker room and onto the court, whether it's at practice or games, they have a clear idea of how we are going to win. Everything with us starts with defense."

Martins Igbanu had 18 points and eight rebounds, and Daquan Jeffries added 10 points and six rebounds for Tulsa (10-4). The Golden Hurricane shot 31 percent from the field, and had their five-game winning streak snapped. Tulsa shot 17 of 28 from the free throw line.

"We knew it would be tough, but you are not going to win a game against a quality opponent like Houston on the road when you miss 11 free throws and give up 16 offensive rebounds," Tulsa coach Frank Haith said. "We knew the rebounding was going to be an issue — they're plus-8 (in rebounding differential) on the year — but we didn't do a good job there. Their physicality affected us."

Houston missed its first 10 field goals before Robinson's two free throws and a layup by Brison Gresham with 14 minutes left in the first half cut Tulsa's lead to 6-4. The Cougars heated up from there, opening a 26-16 lead on Armoni Brooks' 3-pointer that capped a 10-2 run. Houston led 36-25 at the half, making 11 of its last 24 shots.

Sampson said he had no problem with the Cougars' offense.

"We started the game 0 for 10, and I didn't have a problem with any of those shots," Sampson said of the slow start. "They were all good looks. ... If we started the game over again right now, I'd take the same shots."

Tulsa could never get closer than nine in the second half, with Houston putting it out of reach with a 15-6, capped by DeJon Jarreau's layup with 6 1/2 minutes left that upped it to 63-45. Davis had six to lead the run.

HOLGORSEN IN THE HOUSE

Houston: The Cougars had another slow start, their fourth in the last five games, but the defense continues to keep them in games until the offense picks up. Houston forced 12 turnovers, turning them into 12 points. Houston had 18 assists on 25 field goals.