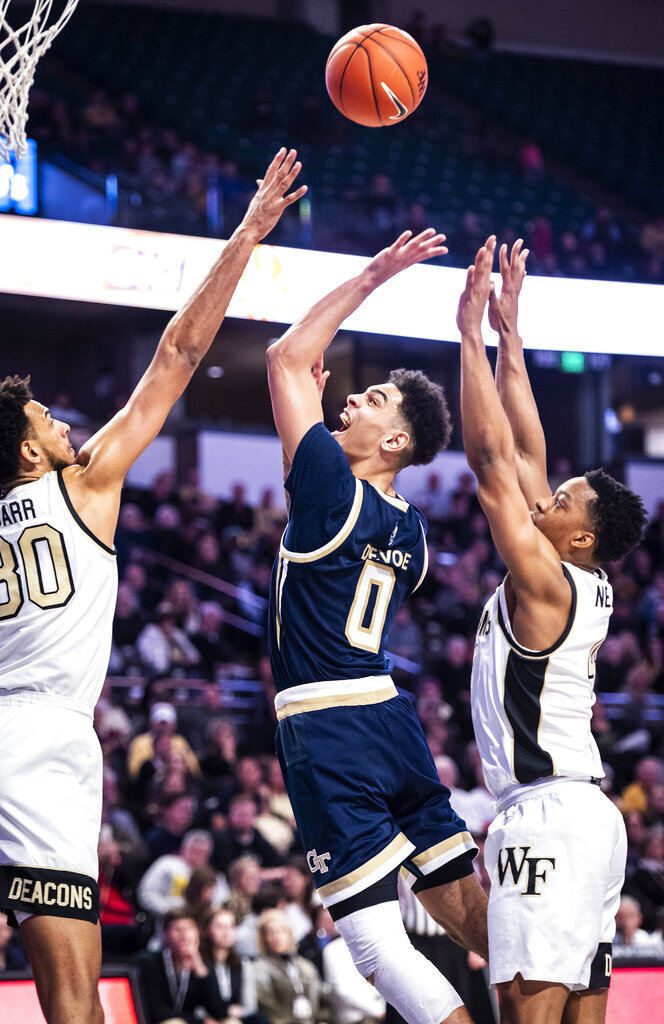 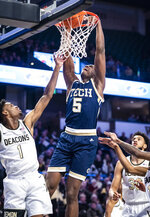 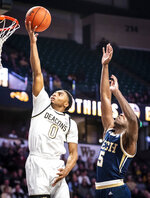 WINSTON-SALEM, N.C. (AP) — There was no slowing down Georgia Tech guards Michael Devoe and Jose Alvarado on Wednesday night at Wake Forest. Not even a knee injury that sent Devoe to the bench for the final three minutes of the first half could do the trick.

The Tech guards consistently penetrated into the lane to score and set up teammates for dunks and easy baskets.

“We were just making good reads and trying to do what it takes for the team to win,” said Devoe, who was down on the court for a few minutes while a trainer examined his tweaked knee. Sometimes, one of us plays really well. Tonight, we put it together.”

The Jackets (13-13, 7-8 ACC) squandered a 13-point first-half lead. But Devoe and Alvarado dominated down the stretch. Devoe finished with five assists and Alvarado had four.

“To win in college basketball, it’s all about guard play,” Tech coach Josh Pastner said. “Alvarado and Devoe played at a high level.”

Moses Wright added 14 points and Jordan Usher had 10 for the Jackets.

Chaundee Brown scored 13 for Wake, and Olivier Sarr and Ismael Massoud had 11 apiece.

But Evan Cole made two free throws, and Devoe dunked home a rebound to put the Jackets ahead by four. A dunk by Cole and a free throw from Bubba Parham gave the Jackets a 77-70 lead with 1:40 to play.

The Deacons reeled off nine straight points to start the second half and grabbed the lead.

But a pair of dunks by Cole and another by Moses Wright helped the Jackets take a 46-40 lead with 14:06 left.

Before the game, Wake Forest added a banner bearing the likeness of former coach Dave Odom to the rafters at Joel Coliseum. Odom, who coached at the school from 1989-2001, guided Tim Duncan and the Deacons to back-to-back ACC Tournament titles in 1995 and 1996. The late Skip Prosser is the only other Wake coach accorded the honor.

Former Wake stars Tim Duncan, Rodney Rogers and Josh Howard were in attendance for the festivities.

Georgia Tech: The Jackets needed the victory in their quest to avoid a first-round ACC Tournament game — if the NCAA doesn’t rule against their appeal to a postseason ban. The Jackets’ guard play and momentum from recent victories over N.C. State, Virginia Tech and Louisville make them a potentially dangerous ACC Tournament team.

Wake Forest: The Deacons, who lost by 17 to Miami on Saturday, squandered a great opportunity at home with a big crowd on hand to honor Odom. Speculation about coach Danny Manning’s future is likely to increase. Pastner’s opened his post-game interview by praising Manning’s coaching ability.

Devoe and Alvarado combined to shoot 13 of 24 from the field and 17 of 20 from the foul line with nine assists. Childress was 6-for-15 (0-for-5 from 3-point range) from the field with six turnovers and only one assist.

Wake Forest: Neath, who averaged less than 16 minutes playing time entering the game, was impressive in more than 27 minutes. He made 5 of 6 shots, including his only 3-point attempt, and had a team-high three assists.

Georgia Tech: The Jackets play at Syracuse on Feb. 22.

Wake Forest: The Deacons are home against Duke on Feb. 25.