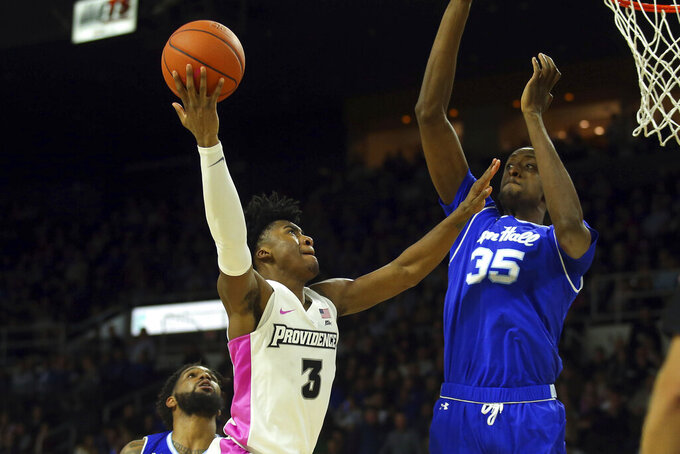 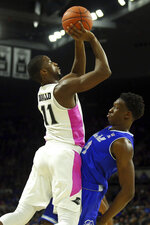 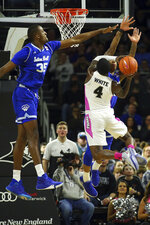 Luwane Pipkins added 13 points for the Friars, who avenged a 73-64 loss to Seton Hall last month.

The Pirates (18-7, 11-2 Big East) got 27 points from Myles Powell, while Quincy McKnight added 14 points, though he was just 1 for 8 from the field. Seton Hall, in first place in the conference, has dropped back-to-back games for the second time this season.

Seton Hall continued to make a strong push in the second half but couldn't quite catch the Friars, who snapped a two-game losing streak.

Providence led by 10 with 1:42 remaining and needed to withstand some hot shooting down the stretch to secure the win. The Friars were able to keep the pressure on the Pirates by making eight straight free throws inside the game’s final minute.

Providence shot 36% for the game while Seton Hall connected at a 37% clip. Diallo made all five of his 3-point attempts and was 8 of 9 from the free throw line.

Seton Hall: Despite the loss, the Pirates remain on track to receive a high seed in the NCAA Tournament. Entering Saturday, Seton Hall ranked tied for second in the country — with fellow Big East member Butler and current No. 1 Baylor — with 13 combined Quad 1 and Quad 2 wins.

Providence: The Friars now have victories over three nationally ranked teams. They won at then-No. 16 Butler on Feb. 1 and defeated then-No. 21 Creighton at home on Feb. 5.