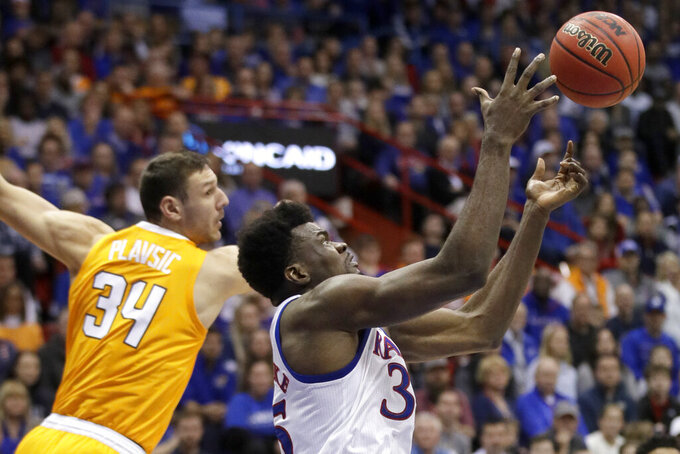 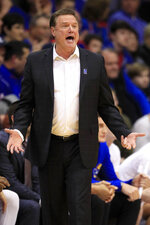 Azubuike was the lone big man for the Jayhawks (16-3) after Silvio De Sousa was suspended 12 games and David McCormack banned five for their roles in a brawl Tuesday against Kansas State.

After Azubuike went to the bench with two fouls early, Yves Pons hit consecutive 3-pointers to put the Volunteers (12-7) on a 14-2 run for a 20-13 lead. Kansas answered when Azubuike checked back in, stringing together a 12-0 run en route to a 37-30 lead at halftime.

Pons led the Volunteers with 24 points, and Jordan Bowden came alive early in the second half, knocking down three 3-pointers and finishing with 19 points after a scoreless first half.

Tennessee pulled within three late in the second half, but Azubuike had a block and hit four free throws late to keep the Volunteers in check.

Kansas: The pressure will stay on Azubuike, whose early foul trouble stalled Kansas’ offense and allowed for a substantial Volunteer run.

Tennessee: Only three Volunteers — Pons, Santiago Vescovi and John Fulkerson — scored in the first half, and Tennessee turned the ball over 15 times. Despite the offensive struggles, the Volunteers were able to stay within arms’ length.

Kansas: The Jayhawks head to Stillwater, Oklahoma, on Monday to take on Oklahoma State.