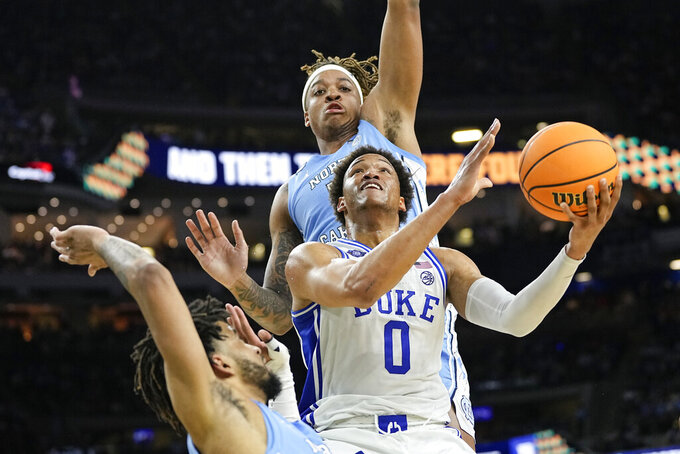 Wendell Moore Jr. is the third Duke player this week to announce plans to enter the NBA draft.

Ranked as the No. 34 draft prospect by ESPN, Moore showed versatile athleticism that let him play on the ball or as a slasher while routinely taking on top defensive assignments.

“I’ve grown so much over the last three years — experienced highs and lows that will shape me for the rest of my life,” Moore said in a statement. "It has truly been an honor to be a Blue Devil, and although I will miss those moments with my teammates, I will cherish them forever.”

Moore averaged career highs of 13.4 points, 5.3 rebounds and 4.4 assists. The team captain also improved his outside shot, shooting 41.3% from behind the arc after shooting 28.3% through his first two seasons. He shot 50% from the field overall.

“He was there for us every minute,” Krzyzewski said in a statement, adding: “He will be an immediate asset to an NBA team.”

Prior to this season, Moore — a high school recruit out of Charlotte — etched his name into the lore of the Duke-UNC rivalry as a freshman when he scored on a putback of an airballed jumper as time expired in Duke's wild overtime victory in February 2020.