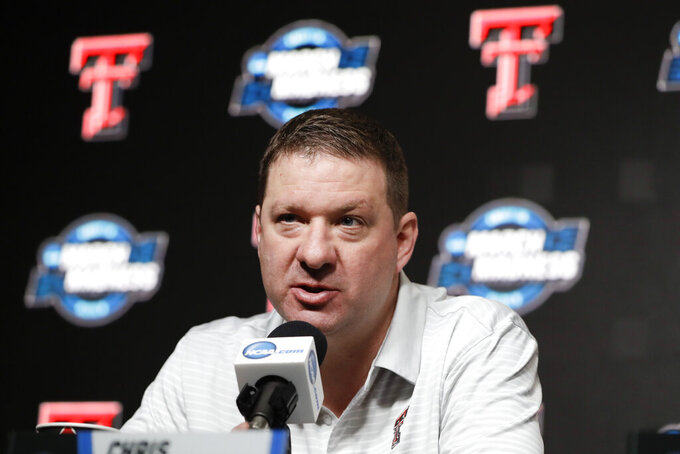 "They're really good offensively and we're really good defensively. So we will see who wins out," the Red Raiders guard said before Friday's practice.

And at this stage, neither side is about to alter their identity with a spot in next week's Final Four on the line.

"We've been scoring at a high rate all year so do things that's been working for us, don't try to switch anything up or vary off," Gonzaga guard Zach Norvell Jr. said.

"Things can get a little mucked up understanding that they do have a high-level defense. Just try to stay level-headed and keep the same plan of attack that we came into the game with."

Senior forward Brandon Clarke is also a huge presence in the paint, averaging 18.9 points and 8.5 rebounds. Clarke said the one thing that stuck out about Texas Tech's win over Michigan was how physical the Red Raiders were in the paint.

"I feel like Michigan lagged running in transition which is something we're going to want to do tomorrow," he said. "I just feel like they couldn't really score on their late touches in the paint either and they weren't shooting well from three. But I feel like that's stuff that we're great at as a team, so we should be fine tomorrow."

The third-seeded Red Raiders (29-6) have held teams to 59.2 points per game, which is third in the nation, and 36.8 percent shooting from the field, which is second. They've also held 12 opponents under 55 points.

They are led by Jarrett Culver, who was the first Big 12 Conference Player of the Year in program history. The sophomore scored 22 points against Michigan and is averaging 18.9 points, 6.4 rebounds and 3.8 assists per game.

Senior center Norense Odiase said there isn't one word to describe Texas Tech's defense. When asked if it was stifling, aggressive or suffocating, he said it was all of the above.

"We're tough, long and active," Odiase said. "We contest shots and make it hard for their best players to score. We try to keep it out of the middle. Just a lot of active things."

Other things to watch in the West Regional final:

Gonzaga was 7 of 19 from beyond the arc against Florida State as Norvell had four 3-pointers. Texas Tech forced Michigan to miss its first 18 3-point attempts before it made one in the final minute.

The Zags will need to shoot well from long distance if they are going to counter the Red Raiders' pressure in the paint.

"Michigan wasn't getting quality looks. It seemed like Texas Tech was everywhere on the court," Gonzaga senior Geno Crandall said.

"We also schedule these type situations to put our guys in different situations, whether it be back-to-back or one-day preps or two-days. Really we just stay true," Beard said. "We recognize that we're on the biggest stage and we're having a lot of fun here, but we've got to be who we are."

Both teams have done a good job of putting losses in their conference tournaments behind them. Gonzaga has won its NCAA Tournament games by an average margin of 21.3 points and Texas Tech has held all three of its opponents under 60 points.

Texas Tech guard Davide Moretti, who is the one player that Gonzaga does not want to put on the foul line. The sophomore has made 93 of 101 free throws this season and is second in the nation at 92.1 percent.