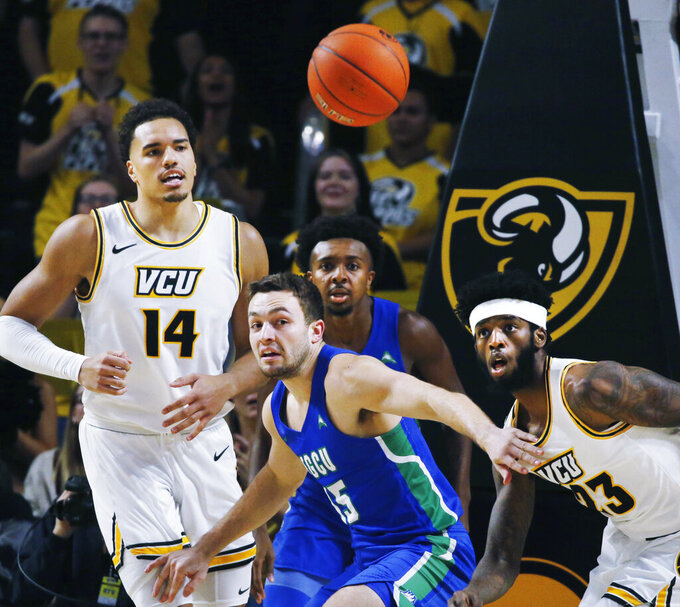 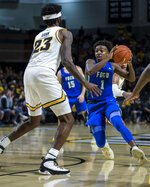 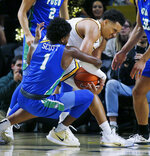 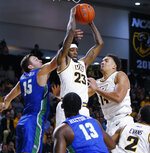 RICHMOND, Va. (AP) — Five consecutive days without a game left No. 21 VCU’s players eager to get back to doing what they do best.

They took it out on Florida Gulf Coast in their return Saturday night, forcing 27 turnovers in a wear-them-down 78-48 runaway.

“That’s what our style is meant to do,” said Marcus Evans, who had 16 first-half points to match what FGCU had. “Whether it’s dead tired on your knees or mentally tired, just making mistakes, that’s what we do as the game goes on. We’re trying to wear our opponents down.”

It couldn’t have taken long for the Eagles (1-5) to feel a bit overwhelmed. They had three turnovers before attempting a shot, trailed 16-2 despite the Rams making just 5 of 15 shots and were within 26-16 before VCU put the game away with a 17-0 run heading into halftime.

“We did a good job of staying focused throughout the week and we took care of business tonight,” De’Riante Jenkins said.

Caleb Catto scored 14 points for the Eagles. They were outscored 37-3 off turnovers, forcing just eight by the Rams.

It was almost what second-year coach Michael Fly wanted to see, albeit without the lopsided outcome.

“There’s a reason we scheduled VCU and not somebody else,” Fly said, reciting a litany of connections to VCU coaches past and present. “This has been a program that, one, I’ve always respected, but it’s also a program we’re trying to emulate and I told our guys that.”

The Rams took their largest lead at 63-28 with just over 12 minutes to play before FGCU made it respectable with a 17-3 run over the next seven minutes. Much of it came against Rams reserves, but Fly still felt good about the way his team kept fighting to the end.

The final score wasn’t pretty, he figured, “but six years ago we came into this building and lost about by 30 and ended up in the Sweet 16, so I told our team this is a growing experience.” The 2013 Eagles rose from a No. 15 seed to the NCAA Tournament’s third round.

“I thought then it really helped us to grow and learn,” he said.

The Rams shot 38%, but had 18 second chance points (off 19 offensive rebounds) to just four such points for the Eagles.

FGCU: The Eagles have had two coaches, Andy Enfield and Joe Dooley, leave after having some NCAA Tournament success in the past six years, and Fly has a young team that tried to run with the Rams with disastrous results. At halftime they had 16 turnovers and only six field goals.

VCU: The Rams have only one speed — breakneck — and practice it against every team they play. They have outscored their five opponents 138-66 off turnovers. “It just feels normal to us. That’s what we do. That’s when we are at our best,” Jenkins said.

The Rams climbed back into the Top 25 during their idle week, a nice consolation prize to not getting to play.

The Rams have a quick turnaround, hosting Alabama State on Monday night.