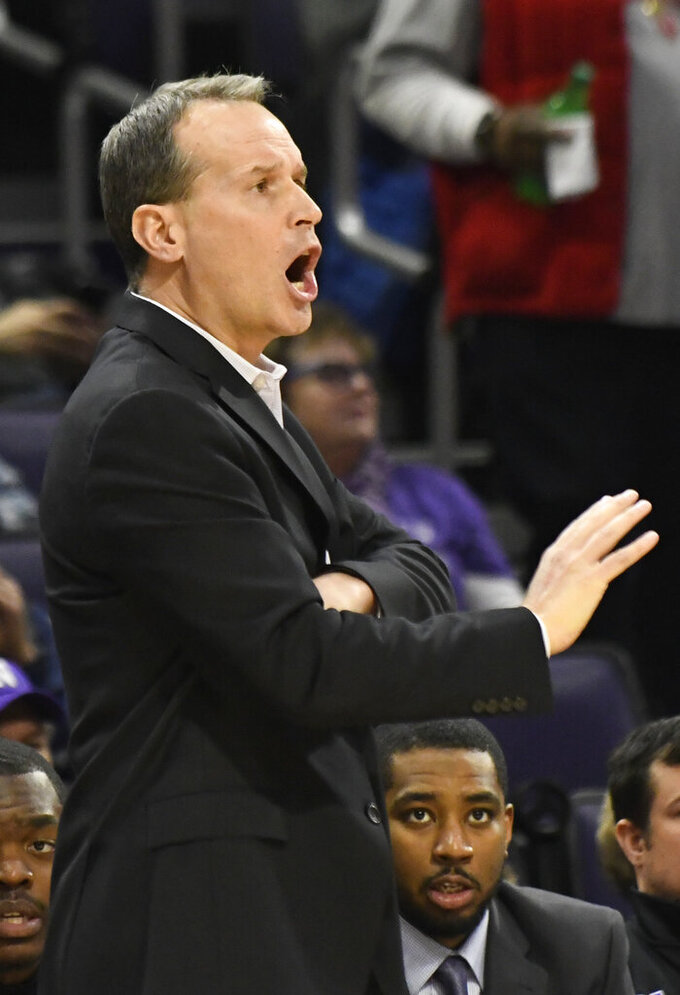 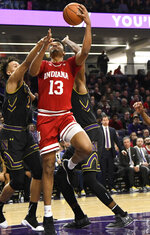 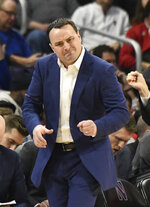 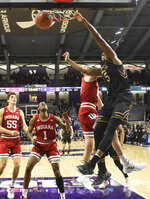 EVANSTON, Ill. (AP) — Chris Collins kept imploring Aaron Falzon to be patient and insisted the opportunity would come. This is what Falzon did when he finally got his chance.

Falzon scored a career-high 21 points and matched one with six 3-pointers to lead Northwestern to a 73-66 victory over struggling Indiana on Tuesday night.

Falzon scored 20 points two times during a promising 2015-16 freshman season. Since then, he's been slowed by injuries, even redshirting a year.

He had played just 18 minutes over three games this season. But with Pete Nance sidelined indefinitely because of mononucleosis, Falzon came through in a big way.

"It's really, really hard for a young kid like me ... to be patient and wait on your moment," Falzon said. "But you've got to believe it. Every day, I would just come and just shoot and try to work out and get extra workouts in. And hopefully my day would come. Today, it came and I was just ready for the moment."

Dererk Pardon added 17 points for Northwestern. Collins became the third Northwestern coach with 100 wins, and the Wildcats (12-7, 3-5 Big Ten) hung on to hand the Hoosiers (12-7, 3-5) their fifth straight loss.

Juwan Morgan led Indiana with 18 points and 11 rebounds. Star freshman Romeo Langford scored 12 coming off a four-point outing against Purdue last week, and Indiana continued to stumble after winning 12 of their first 14 games.

"It really came down to the 3-point line tonight," coach Archie Miller said. "They did a fantastic job. Aaron Falzon, you have to give him credit. He hadn't been playing much. He's obviously known as a shooter and he got going. One guy changed the game there."

The Hoosiers basically went with a six-man rotation. They didn't have Devonte Green, who was suspended for "not meeting the standards expected of members of the program" on Tuesday. He had been starting lately because Rob Phinisee was working his way back from concussion-like symptoms.

Miller wouldn't say why Green was suspended or how long he will be out.

"Obviously, he's played a role on our team and he's played minutes, but he's not available and we go with what we go with," he said.

Falzon, who missed the first 10 games, keyed a 15-4 run at the end of the first half, hitting three 3-pointers as Northwestern grabbed a 28-24 lead. He also had the fans chanting his name after scoring nine in about a two-minute span in the second as the Wildcats bumped the lead from 42-36 lead to 52-38.

"You'd love to play everybody 40 minutes, but that's just not going to be a reality," Collins said. "He and I had conversations. And I just kept telling him, I said, 'Aaron, I know you're frustrated. I know you want to get out there. And I haven't forgotten about you. Just please stay ready.'"

A layup by Pardon and two free throws each by Anthony Gaines and Vic Law got the lead up to nine with 5:28 left.

Indiana: The Hoosiers struggled from the field, shooting 38.3 percent overall and 4 of 21 on 3-pointers.

Northwestern: Falzon had the right touch from the outside, and the Wildcats gave their postseason hopes a boost.

Indiana: Hosts No. 5 Michigan on Friday.