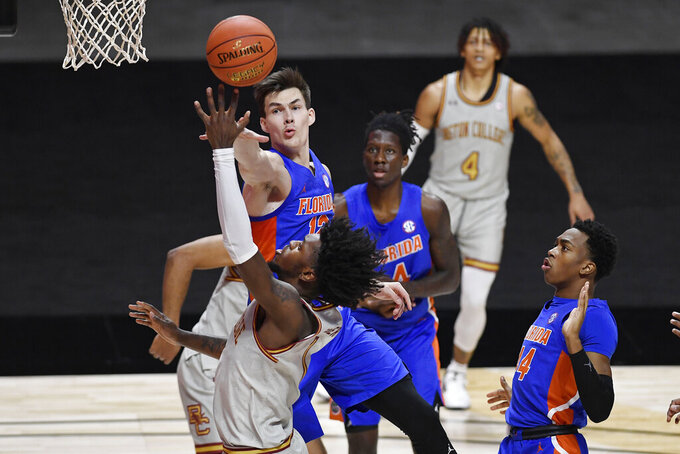 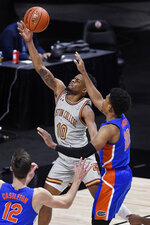 UNCASVILLE, Conn. (AP) — Keyontae Johnson had 24 points and 12 rebounds to lead Florida to a 90-70 victory over Boston College in the Legends Classic on Thursday night.

Florida (2-0) won both its games at the Mohegan Sun Arena after having games against Massachusetts-Lowell, Virginia and Oklahoma canceled. The Gators beat Army 76-69 on Wednesday night.

Johnson, who earned All-SEC honors while averaging 14 points and 7.1 rebounds last season, made 10 of 13 shots and collected his 13th career double-double.

Tre Mann had 15 of his 17 points in the first half and finished with a career-best six assists for the Gators, who shot 56.5% from the floor. Scottie Lewis added 14 points and Noah Locke had 12.

Boston College has played all its games at Mohegan Sun Arena. Its scheduled home game against Rhode Island on Friday was canceled.

The Gators opened on an 22-11 run, capped by Anthony Duruji's dunk, and built a 49-29 halftime lead. Johnson's jumper made it a 31-point Gator lead with eight minutes remaining.