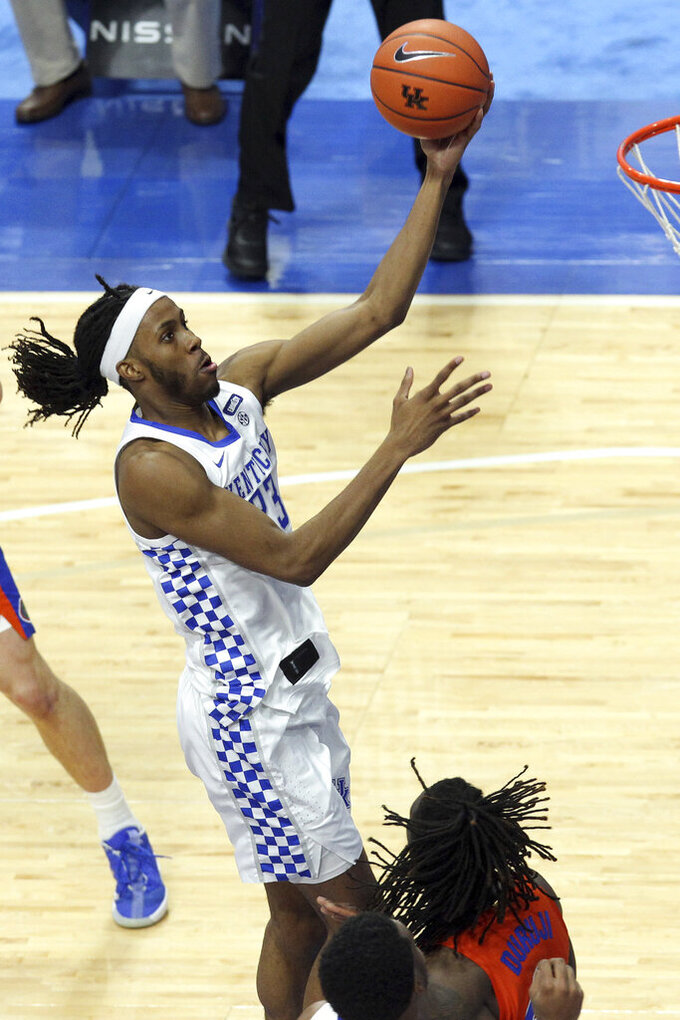 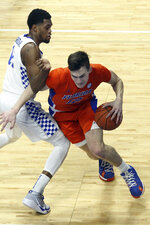 LEXINGTON, Ky. (AP) — Tre Mann scored 14 of his 21 points in the second half and Florida pulled out a 71-67 victory over Kentucky on Saturday, winning its third straight game and avenging a blowout loss to the Wildcats.

Tyree Appleby's wide-open 3-pointer with 3 1/2 minutes remaining put the Gators (13-6, 9-5 Southeastern Conference) ahead for good at 65-63 in a game that had 14 lead changes and nine ties, the vast majority coming in the second half when neither team led by more than four. Neither team scored again until Mann's baseline jumper with 1:49 to go. The Gators cut the lead to two twice after that but two free throws by Mann with 10.5 seconds remaining sealed the win.

Florida, which lost to Kentucky 76-58 on Jan. 9, picked up just the fifth season split in the series' history, the last coming in 1998. The win was just the 11th for Florida at Lexington versus 52 losses.

Colin Castleton scored 14 points, Appleby added 11 and Anthony Duruji 10 for Florida, which shot 53% and made 7 of 15 from the arc, helping them to overcome a big disparity at the free-throw line where they made 14 of 16 to 25 of 29 for Kentucky.

Kentucky (8-14, 7-8) had a 10-point lead midway through the first half after an 8-0 run, gave up the lead, then reclaimed a 39-38 edge at halftime following baskets by Keion Brooks and Davion Mintz.

Mintz tied a career high with 21 points, Brandon Boston Jr. 13 and Isaiah Jackson and Jacob Toppin 11 apiece for Kentucky, which had a three-game win streak snapped. Jackson had three of Kentucky's six blocks.

Florida is home against Missouri on Wednesday before concluding its regular season at Tennessee on March 7. Kentucky is at Mississippi on Tuesday and home against South Carolina next Saturday.