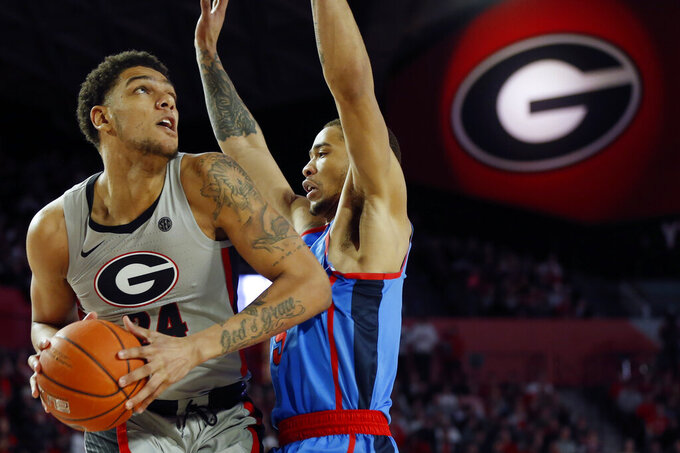 Howard announced his plans on his Twitter account late Monday. He posted an image of himself in a Georgia Tech uniform and wrote “Beyond Blessed. Next Chapter.” He included the Georgia Tech slogan #TogetherWeSwarm in the post.

Georgia coach Tom Crean on Friday confirmed the 6-foot-11 Howard, from Ypsilanti, Michigan, had entered the transfer portal. Howard averaged 1.3 points in 24 games, including two starts, as a freshman for the Bulldogs.

“I'll miss Rodney,” Crean said on Friday, before Howard's choice of his next school was known. “I like Rodney a lot and I hope that he does well.”

Another Georgia freshman, guard Anthony Edwards, announced last week he is entering the NBA draft. Edwards, the nation's top-scoring freshman, could be the top pick of the draft.

Georgia Tech coach Josh Pastner cannot comment on a transfer until the player enrolls in classes or his transfer papers have been received by the school.