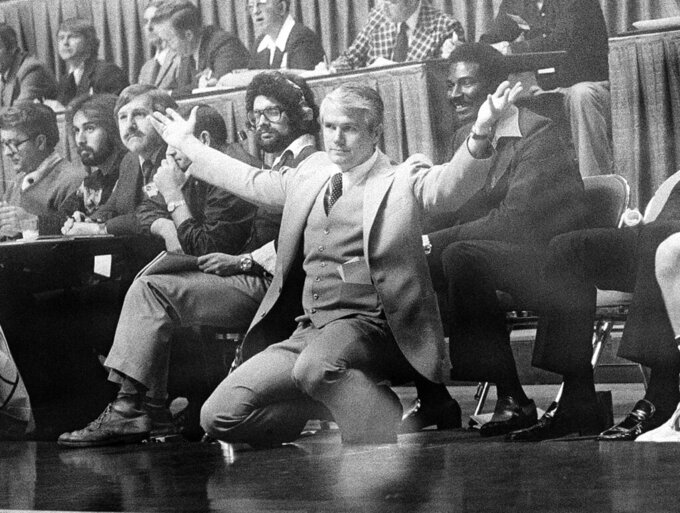 FILE - UNC-Charlotte coach Lee Rose reacts during an NCAA basketball game against Michigan on March 19, 1977, in Lexington, Ky. Rose, a former men’s college basketball coach who led Purdue and Charlotte to the Final Four, died Tuesday, April 5, 2022, in Charlotte. He was 85. The school did not provide a cause of death. (AP Photo/File) 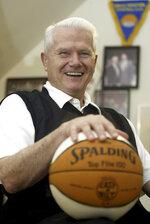 UNC Charlotte said Rose died Tuesday in Charlotte. The school did not provide a cause of death.

Rose led the 49ers to the 1976 NIT championship game and to the school’s only Final Four in 1977. He went 72-18 in three years at Charlotte before taking over at Purdue. He spent just two seasons with the Boilermakers, going 50-18 and going to the Final Four in 1979.

After that, he spent the next six years at South Florida amassing a 106-69 record, although the Bulls never made the NCAA Tournament.

Rose moved from a 27-year collegiate coaching into the NBA as an assistant coach with San Antonio, New Jersey, Milwaukee and the Charlotte Hornets and Bobcats.

“I am deeply honored to be named to the Inaugural Class for the (49ers) Athletic Hall of Fame,” Rose said at the time. “The team was known as the ‘Mean Green’ and came from being an unknown to the national stage.”

He is survived by his wife, Eleanor, their sons Mike and Mark and four grandchildren.