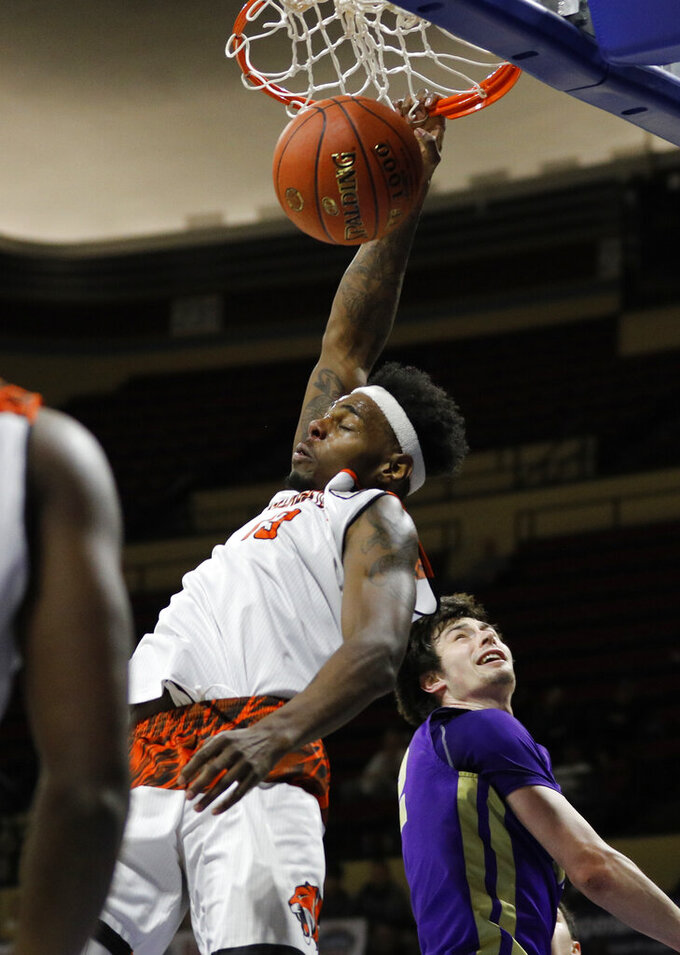 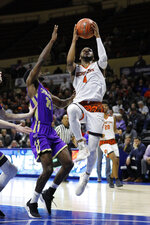 KANSAS CITY, Mo. (AP) — Dominique Reid scored 12 of his 14 points in a deciding first half, Chris Coffey had 10 points and 16 rebounds and Georgetown College (Ky.) eased past Carroll College (Mont.) 68-48 on Tuesday night for its third NAIA Division I national championship.

Georgetown (33-4) also won the title in 1998 and 2013 before falling in 2016 on a last-second shot in overtime by Mid-America Christian University. GC has appeared in seven championship games, including three under coach Chris Briggs.

Coffey, who scored a career-high 32 points with 12 rebounds on Monday, secured his fourth double-double of the tournament. He made 12 field goals in the semifinals, but was 4 of 11 against Carroll. Eljay Cowherd entered with a tournament-high 40 assists and finished the game with 15 points and five assists.

Georgetown opened the game by scoring 14 of the first 18 points, pushed it to 24-6 with eight minutes left and it was 35-15 at halftime. Carroll was just 6 of 32 from the floor, including 1 of 14 from 3-point range. GC dominated the paint, outscoring Carroll 26-6 in the opening 20 minutes.

Match Burnham, averaging a tournament-best 25 points per game, scored 17 for Carroll. He tied a tournament record in the semifinals by making 20 free throws. Shamrock Campbell, the Frontier Conference co-freshman of the year, was held scoreless.