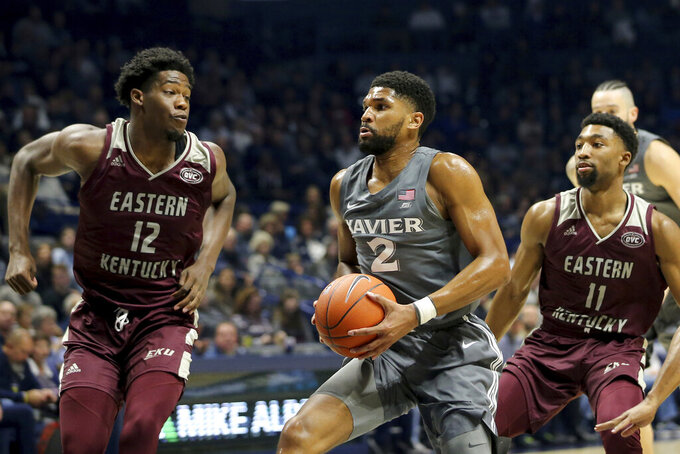 The 6-foot-7 forward spent the past three years at Eastern Kentucky and can play two seasons for the Cyclones. He left Georgetown two months ago, before he played a game for the Hoyas.

“I made an inadvertent mistake that did not involve another person, but I recognize it was inconsistent with the student code of conduct,” King tweeted Oct. 15.

King averaged 14.9 points and 6.2 rebounds per game and earned All-Ohio Valley Conference first-team honors last season. He was one of three players nationally with at least 30 blocks and 40 steals in 2020-21.

“Tre will provide an immediate impact to our program with the combination of his character, versatility and experience,” Otzelberger said. “He has the unique ability to shoot the three, make plays attacking closeouts, as well as finish through contact at the rim. Defensively, he can guard multiple positions and be an impactful rebounder.”