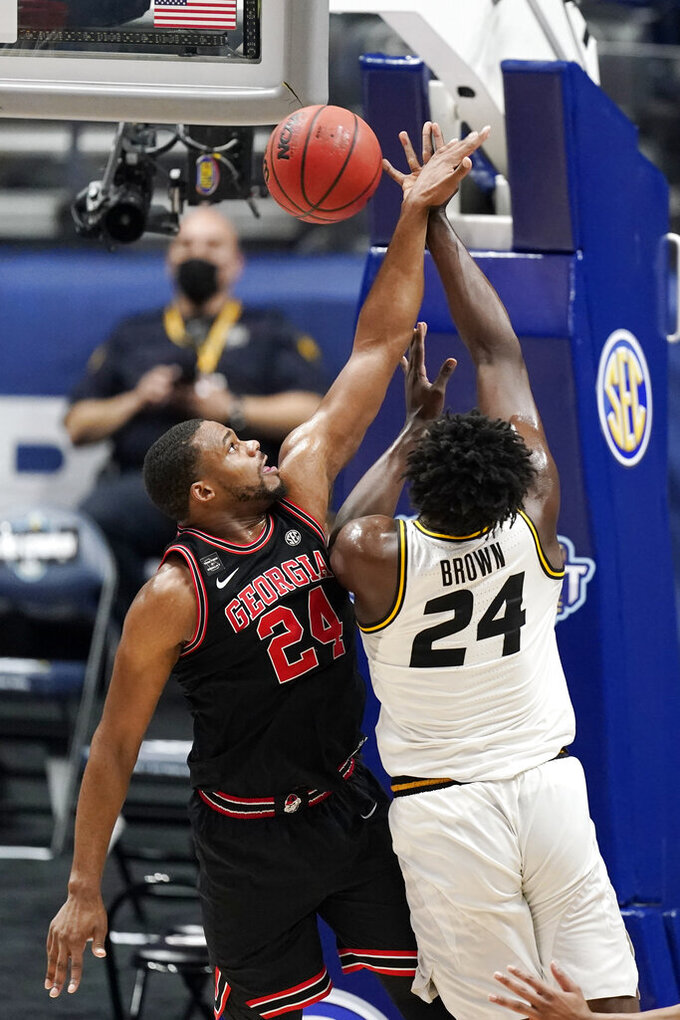 Georgia coach Tom Crean said Wednesday on Twitter that Horne had season-ending surgery on his right knee last weekend. He said Horne hurt the knee when he "bumped knees in a scrimmage, lost footing and went down awkwardly.”

Horne played his first three seasons at Virginia Tech before starting all 26 games at Georgia last season. He averaged 8.5 points and 3.5 rebounds. His 46 3-pointers led the team.

Crean described the loss of Horne as “a major blow to us.” Horne was expected to provide stability and leadership to a revamped roster.

Crean said in his Twitter posts that Horne “was playing so well and showing great leadership as our leading returning player, but more so because he is such a great person and one of the finest people I’ve ever coached. He cares about his teammates deeply.”

Crean has had to rely heavily on the transfer portal to rebuild his roster.

Georgia was picked to finish last in the 14-team Southeastern Conference by media in voting released Tuesday.