A guide to the teams, players and coaches at the Final Four 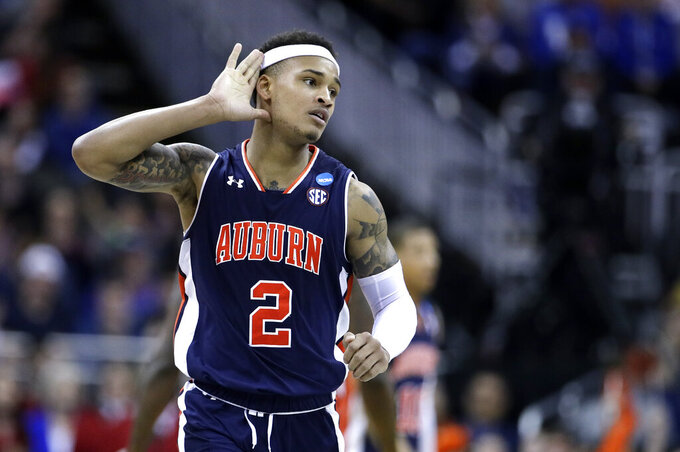 The NCAA Tournament needed a little time to warm up.

There were a few upsets, some close games and breakout performances, but not the usual wow factor we expect in the early rounds.

Once the bracket hit the Elite Eight, the madness returned to March.

All four games were close, two went to overtime and high-level basketball was played in each region.

And then there were four.

The Final Four is set for this weekend in Minneapolis and if the Elite Eight is any indication, college basketball fans are in for a real treat.

Here's a few things to keep an eye on:

Virginia. The Cavaliers were on the ugly side of history last season. They have a chance at major redemption.

Auburn. If you like 3s, the Tigers are your team. The rain 'em down and play at a breakneck pace.

Texas Tech. The Red Raiders make every opponent's every offensive possession a struggle for air.

Michigan State. The Spartans are the only team that's been to the Final Four in the last 35 years. They also have Izzo. Tom Izzo.

Auburn vs. Virginia. The Tigers fill it up, in transition and from the arc. The Cavaliers shut it down, inside, outside, everywhere. Whichever team's strength is stronger wins.

Texas Tech vs. Michigan State. Both teams get after it defensively. Players on both teams will have plenty of bruises after this one.

Cassius Winston, Michigan State. The AP All-American is a scorer, a disher, a big-shot maker and always the toughest guy on the court.

Jarrett Culver, Texas Tech. The Big 12 player of the year can shoot, drive, post up smaller guards, facilitate when his team needs it.

Bryce Brown, Auburn. When he gets it going, as he did against Kansas and Kentucky, might as well give up trying to guard him.

De'Andre Hunter, Virginia. He's the Cavaliers Swiss Army Knife. Whatever they need, he's got them covered.

Kyle Guy, Virginia. Sharpshooter and clutch-shot maker is a big reason the Cavaliers' offense has caught up to their D.

Nick Ward, Michigan State. That injured left hand is still bothering him, but the Spartans' big man is a lot to handle.

Bruce Pearl, Auburn. OK, he's had some NCAA run-ins, but there's not much question the man can coach.

Tony Bennett, Virginia. All class all the time, he's the puppet-master of college basketball's best defense.

0_Times before this season Texas Tech and Auburn had reached the Final Four.

8_Times Izzo has coached in the Final Four, including one national championship. The last? 2015.

12_Points per game Auburn will be missing after Chuma Okeke tore his ACL in the Sweet 16. He also averages 6.8 rebounds.