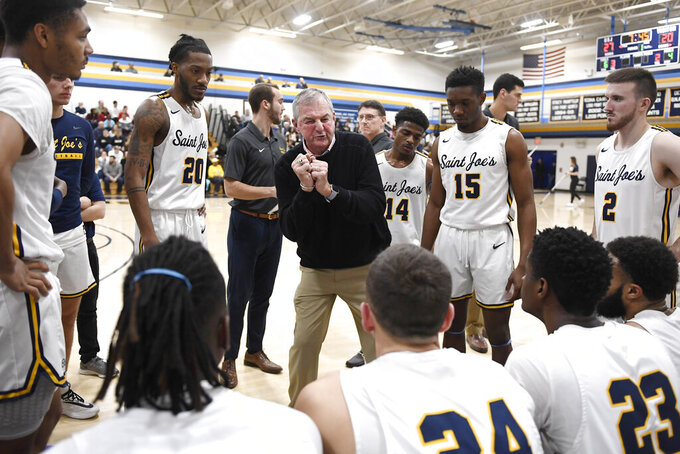 The 79-year-old Hall of Fame coach, who has struggled with stomach cancer and other ailments, said his health was not a factor in his decision to leave the former women-only school in West Hartford, Connecticut, after spending more than four years helping it establish a men's basketball program.

“It’s just the right time,” Calhoun said in a statement. “I’m healthy, my wife is healthy, and the USJ men’s basketball program is healthy. We built this program starting from scratch about five years ago, and now the team is in a good place.”

Calhoun stepped down from Connecticut in 2012 after dealing with health problems including skin and prostate cancer, NCAA sanctions for recruiting violations and the failure of his team to meet academic standards, which eventually forced the program to miss the 2013 postseason.

In 2017, he was asked by Saint Joseph athletic director Bill Cardarelli, a former Calhoun assistant at UConn, to help build a men’s basketball program. The university had just announced plans to admit male students for the first time.

He has led the program to a 47-17 record, including a conference title and an appearance in the NCAA Division III Tournament in 2020.

He also spearheaded the school's $15 million renovation of its athletic facilities.

Calhoun's friend and longtime assistant Glen Miller will take over as coach of the Blue Jays, who are 3-0 this season.

“Coach Calhoun has stayed longer and done more for USJ than I could ever have hoped when we first talked to him about launching our men’s basketball team and with it, the transition to coeducation almost five years ago,” university President Dr. Rhona Free said.