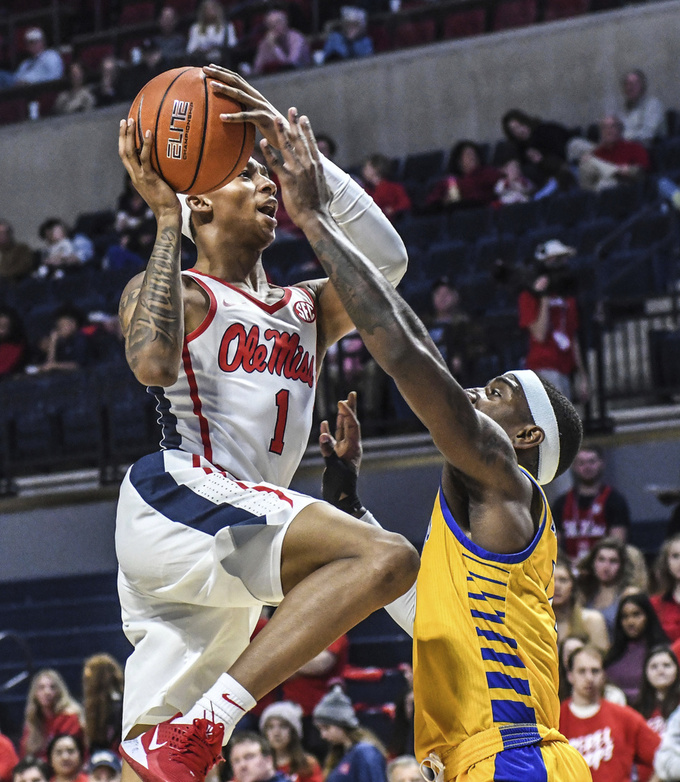 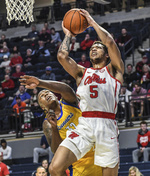 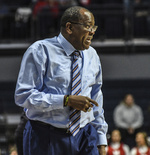 OXFORD, Miss. (AP) — After suffering through a four-game stretch of painfully slow starts, Mississippi coach Kermit Davis admitted it was nice to see a reversal of fortune in an 83-67 win over CSU Bakersfield on Saturday.

“We got off to a great start offensively,” said Davis, whose club raced to a 15-2 lead in the opening four minutes and never trailed.

“After four tough games with four tough starts and getting only one win, it was great to see the ball go in today.”

“Our starters really gave us good minutes today,” Davis said. “We knew Bakersfield and Rod's (Barnes) team would compete and be physical. We definitely needed this win and we're happy to get it.”

Taze Moore led CSU Bakersfield (4-7) with 17 points while Czar Perry and Shawn Stith added 16 and 15 points, respectively. The Roadrunners trailed 40-37 at halftime and stayed within striking distance until a 13-3 Ole Miss run in the final four minutes settled the issue.

CSU Bakersfield: The Roadrunners will be road-tested when Western Athletic Conference play begins in January. This loss opened a five-game set in 22 days, with only one home date. CSU Bakersfield impressively battled back from the slow start and Stith finished 4 of 4 from the field and 7 of 10 from the free throw line.

Ole Miss: The win could not have come at a better time after losing three of the four previous games. A few hiccups were expected from an athletic team that features only one senior, Tyree, in a prominent role. The balanced scoring effort was complemented by a game-high seven rebounds from Sy and six assists apiece from Tyree and Shuler.

CSU Bakersfield coach Rod Barnes coached Ole Miss to the Sweet 16 of the 2001 NCAA Tournament after a distinguished career as a Rebels point guard. After a warm ovation from the home crowd during pregame introductions, Barnes received an extended standing ovation as he left the court after being ejected for protesting a technical foul with 12:30 remaining.

“I have to step up and defend our guys,” Barnes said. “There was never a curse word. I didn’t demean the referees. I’ve never had (that type of) call ever in 30 years that I’ve ever called the officials a name, a curse word, indicating anything, insinuating anything but professionalism. It’s disappointing this happened at the university where I played and that something like that would happen so quickly.”

Barnes was asked about the crowd response in his return to Oxford as the CSU Bakersfield coach.

“This university’s meant a ton to me, the people here. I’m thankful for the hospitality, but I didn’t expect anything different. It’s Ole Miss.”