Hoiberg believes this is season Nebraska will show progress 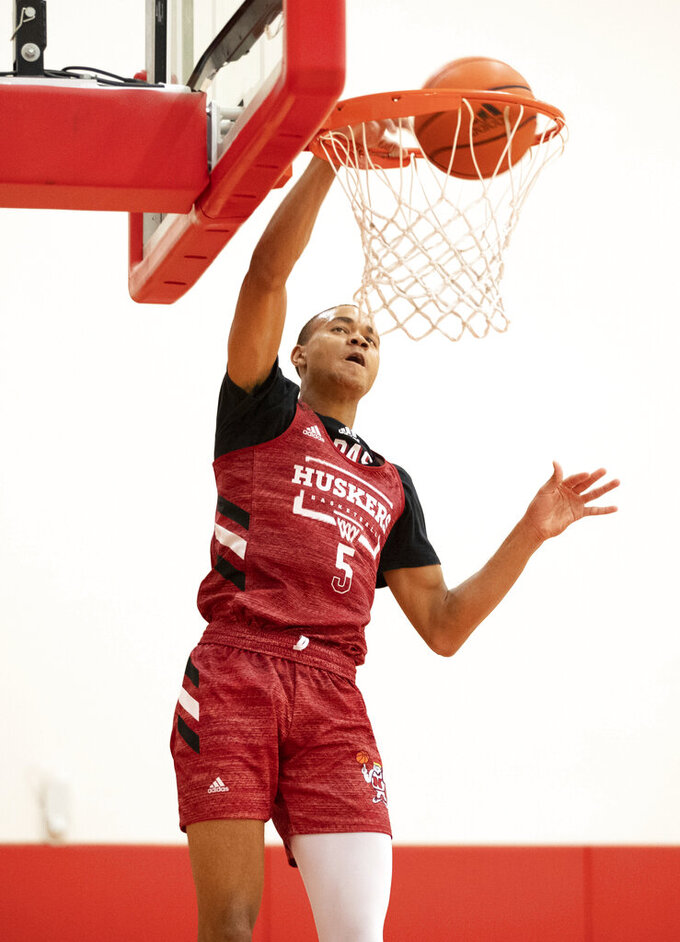 LINCOLN, Neb. (AP) — Fred Hoiberg's first Nebraska team won seven games with a roster he was forced to put together in haste.

He turned over the roster before his second season, and the Cornhuskers again won just seven games.

The roster was shuffled yet again this offseason, though not as dramatically. The difference this time is that key pieces of the 2020-21 team returned, and Hoiberg has put together the highest ranked recruiting class in program history.

The way the nonconference schedule sets up, the Huskers just might have seven wins by the end of November.

“We basically started from the ground up with our first two seasons,” Hoiberg said. “We took over a big rebuilding project in a league where we were the only team that was really going through a rebuild. That created some very difficult moments.”

“It is going to be my single most difficult part of the job this year, figuring out a rotation, who starts, and more importantly who finishes games, who we can trust in those late-game situations,” he said.

Nebraska had an advantage when it came to recruiting McGowens with his older brother on the roster.

Bryce was a top-25 national recruit by ESPN and 247Sports after averaging 21.6 points, 4.7 rebounds and 3.1 assists per game as a senior at Legacy Early College in South Carolina. He picked Nebraska over Georgia, Michigan, Oregon and Florida State.

“Bryce is as talented a kid as I’ve had an opportunity to coach," Hoiberg said. “He is so gifted athletically. He’s smooth, shoots it effortlessly, but he’s a freshman. As talented as Bryce is, we have to have a level of patience as well just because of the learning curve that he has. But as far as an excitement level and a talent, I haven’t been around many that that have the physical gifts that he has now.”

The Huskers say they are fully vaccinated following a rough 2020-21 season in which 10 players and four coaches came down with COVID-19 and the program was shut down between Jan. 11 and Feb. 5.

Combined with regularly scheduled games and makeups, the Huskers closed the season with 14 games in 29 days.

“I did appreciate everything about that group and the way we finished that season,” Hoiberg said. “I think it was great for the returning core that we had some success in the system and in a couple of those games at the end of the year.”

Arizona State's Verge picked the Huskers on July 8, a stroke of luck for Hoiberg given that Delano Banton decided six days earlier to remain in the NBA draft rather than return to Nebraska.

“It was imperative that we added depth to our backcourt and to get a player of Alonzo’s caliber that late in the game,” Hoiberg said.

Verge, who has one season of eligibility, was a double-figure scorer and strong defender each of the past two seasons at Arizona State, and he was Pac-12 Sixth Man of the Year in 2019-20.

Hoiberg's system is heavily reliant on 3-point shooting, and Nebraska has ranked near the bottom of the Big Ten the last two years.

The Huskers expect immediate help from Tominaga, who made a combined 198 3s and shot 48% from behind the arc in two seasons at Ranger College in Texas. He also played for his native Japan in three-on-three basketball at the Tokyo Olympics.

The Huskers open with seven straight home games, starting with the Nov. 9 opener against Western Illinois. Their first road trip is to North Carolina State for the Big Ten/ACC Challenge on Dec. 1. They open Big Ten play at Indiana on Dec. 4, and defending regular-season champion Michigan visits Dec. 7.