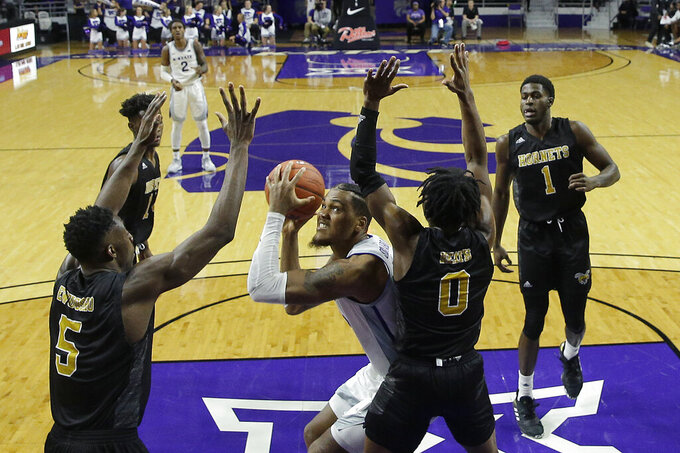 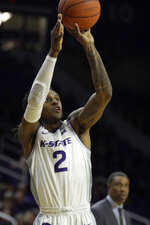 The Wildcats did just that on Wednesday night, playing their best game of the season in an 86-41 rout of Alabama State.

Xavier Sneed scored a season high 20 points and Cartier Diarra had a career high 10 assists as Kansas State bounced back after a loss to Marquette on Saturday.

Diarra’s 10 assists were the most assists in a game by a Wildcat since Marcus Foster in 2014. Kansas State dished 29 assists against the Hornets, the most for a team led by Weber and the most since the 2008 season for the Wildcats.

“Cartier has to take pride in passing,” Weber said. “He’s one of the best in the country. When he drives he can create for a lot of people.”

Antonio and DaJuan Gordon scored 13 apiece as all nine players that stepped on the floor for Kansas State scored.

Weber attributed his team’s performance to “being humbled a little bit and being more coachable.”

“Maybe we’re just figuring it out slowly but surely,” he said. “We have to keep making progress.”

Tobi Ewuosho and Kevin Holston scored nine points each for Alabama State (1-8), which lost its seventh game by double figures this season.

The Wildcats (6-3) had no trouble from opening tip and led 23-5 after just seven minutes.

Sneed shot 80% from the field and scored 12 of his 16 points off four 3s early in the game as the Wildcats hit 10 3-pointers in the first half.

“I just look back at the two free throws I missed,” Sneed said. “Good shooters don’t do that, so I’ll get in the gym and work on that tomorrow.”

The Wildcats shot 63% from the field, made 12 3s and had 29 assists. It was the most points scored for Kansas State and the least amount given up all season.

Alabama State struggled throughout, shooting 28% and turning the ball over 16 times.

The Wildcats used their size advantage to outscore the Hornets 42-14 in the paint and had 37-25 rebound advantage.

Kansas State will look to win their first game against a Power Five school when they take on Mississippi State on Saturday in New Jersey.

“It’s a great opportunity for us in a great venue,” Weber said. “The main thing is go get a win and help us take a step forward.”

Alabama State: The Hornets didn’t give themselves any chance after such a miserable start.

Kanas State: The Wildcats couldn’t miss in the first half, which could provide for good momentum going into their next game and beyond.

Kansas State guard Sean Williams announced on Twitter that he is transferring. Earlier this season, he was suspended from the team for “not taking care of business.”

“I’m disappointed,” Weber said. “When somebody doesn’t make it and leaves, it’s like a child and you just want them to be successful.”