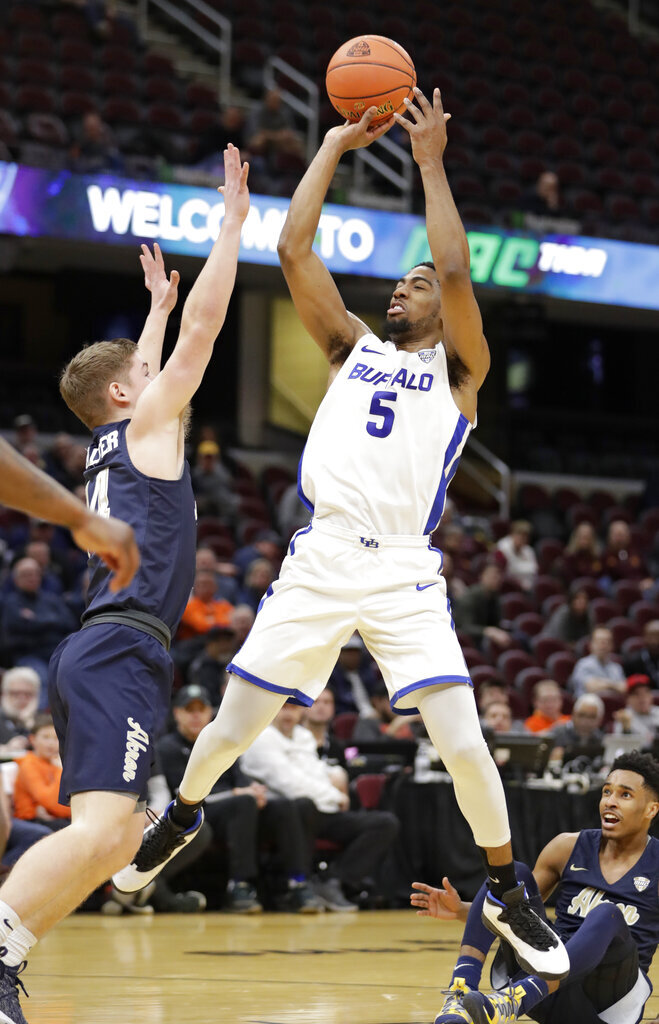 TULSA, Okla. (AP) — Kelvin Sampson had little to work with when he took over as Houston's coach in 2014.

The Cougars hadn't won an NCAA Tournament game since Hakeem Olajuwon's final season in 1984, and things didn't appear to be getting better.

"There was a lot of frustration," Sampson said. "I got frustrated with people. I said, 'What are we doing here? You guys say you want to win, but what are you doing to win?'"

Houston upgraded its infrastructure while Sampson worked on improving the team. A new practice facility opened in 2016, and a $60 million modernization of Houston's home arena was completed last year.

Sampson went 13-19 his first year, but he hasn't had a losing season since. Last year, the Cougars finally won another NCAA Tournament game. Now, the Cougars will take a No. 3 seed into a Midwest Region game against No. 14 seed Georgia State on Friday.

Senior Galen Robinson Jr., who has played in 133 games, got the ball rolling.

Now, Sampson is one of several coaches successfully building elite programs that don't have the history or name recognition of Duke, Kansas or North Carolina.

Buffalo coach Nate Oats knows if a recruit mentions the harsh winters in western New York, that player probably isn't right for him.

"Our style of play is one kids want to play," Oats said. "Third-fastest team in the country right now. We play a style it's open, lot more like the NBA guys. We're big on player development. Guys are able to use what they work on in the gym. You build a relationship. That's the bottom line — build relationships. Kids trust you, we'll make them better."

Buffalo, a member of the Mid-American Conference, beat Arizona in the NCAA Tournament last year and has been in the AP Top 25 for most of the season. The Bulls are the No. 6 seed in the West Region, favored to get past 11th-seeded Arizona State of the Pac-12 on Friday. Nonetheless, Buffalo will carry the fighting spirit of a mid-major program.

"We definitely keep that chip on our shoulder," said Buffalo guard CJ Massinburg, the MAC Player of the Year. "Our coaching staff and the media, whatever, pay attention to how the professionals pick us. Some people are picking us to the Final Four, some people picking us to get popped in the first round. We're definitely humble and we're going to keep that chip on our shoulder and know that nothing is given."

For Texas Tech, the No. 3 seed in the West Region, it's a matter of rebuilding a dormant tradition. Now that the Red Raiders have had Zhaire Smith, Keenan Evans and Zach Smith go on to professional careers in recent years, it should be easier going forward. Last season, the Red Raiders reached the Elite Eight. This season, they claimed their first Big 12 title and won more than 25 games for just the fourth time in school history.

"We're trying to build a program, not just to have a good team," Tech coach Chris Beard said. "And there's a big difference. And so last year we had a great run in this tournament. We didn't want that to define who we are in our program."

For coaches like Beard, patience and the ability to cultivate talent are critical. Jarrett Culver, the Big 12 Player of the Year, was a lightly recruited guard out of high school who averaged 18.5 points per game as a sophomore this season. Beard believes he will be a high NBA draft pick.

A strong work ethic defines the Red Raiders, as it does for many lower-profile programs.

"Everybody enjoys the work," Texas Tech forward Tariq Owens said. "Nobody gets tired of it. This is the main thing that brought me here. I enjoy the work. These guys up here with me enjoy the work. That's what we've been doing all year."