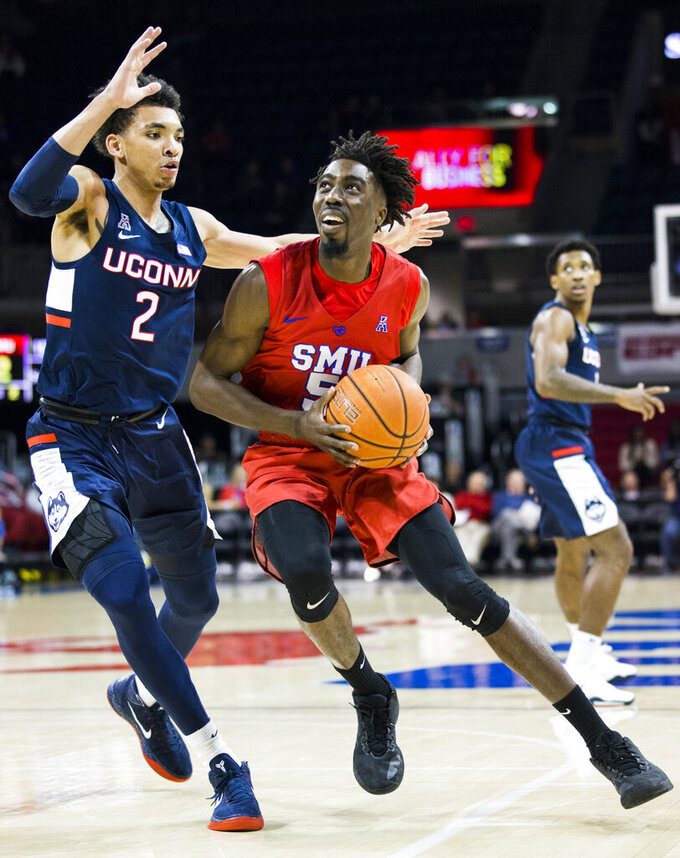 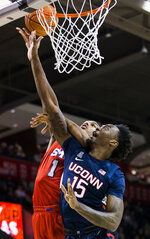 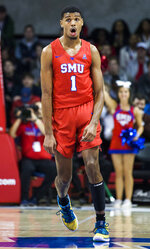 DALLAS (AP) — Feron Hunt scored a career-high 23 points and was 4-for-4 at the free throw line in the last 16 seconds as SMU held off UConn 79-75 Wednesday night.

Hunt scored double his season average going 8-for-9 from the floor with a pair of 3-pointers and seven rebounds. Kendric Davis added 19 points on 7-for-11 shooting with six assists, Emmanuel Bandoumel scored 13 points with six rebounds and three steals as the Mustangs (17-6, 7-4 American Athletic Conference) shot 55% as a team (28-for-51).

James Bouknigh scored 21 points to pace UConn (13-11, 4-7), which trailed by as many as 15 after halftime before rallying to within seven points or fewer for the final six minutes.After Hunt buried a 3 that gave SMU a 59-44 lead, Bouknight scored on a drive to begin an 18-10 rally for the Huskies and he capped it five minutes later with a 3-pointer making the score 69-62.

UConn came within a basket six times down the stretch but SMU had an answer each time and Hunt sealed it from the line in the final seconds.