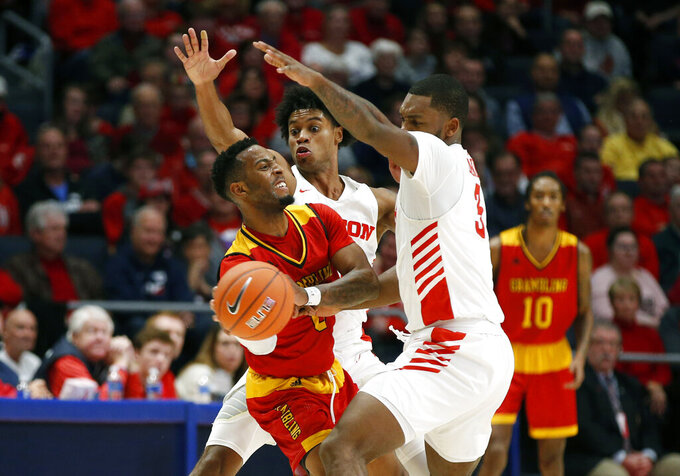 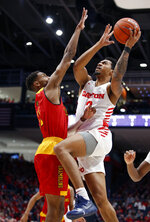 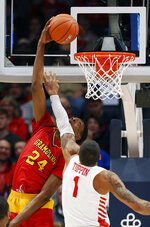 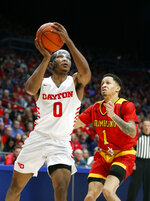 Watson scored 30 points and No. 18 Dayton recovered from its second loss of the season by beating Grambling State 81-53 on Monday night.

The Flyers (10-2) were missing point guard Jalen Crutcher, who fell and hit his head late in a 78-76 overtime loss to Colorado on Saturday. He was having concussion symptoms, so Dayton shuffled its guard rotation.

Watson made an immediate impact after being introduced as a starter for the first time.

“It was definitely special to be able to go out there and start the game with your brothers,” the junior said.

Watson had 15 points in the opening half, three shy of his career high. He scored 10 during a 17-2 run that put the Flyers ahead.

The Tigers (6-7) cut a 20-point deficit to 52-42 midway through the second half before Rodney Chatman hit a pair of 3-pointers and Watson had a four-point play that put the Flyers back in control. Chatman added 17 points.

“I think his teammates understood he had the hot hand and they were able to take advantage of it,” coach Anthony Grant said.

Watson got chance to reach the mark when he was fouled with 2:25 to go and went to the line for a pair of free throws.

“Everybody was telling me I needed to make both of them for 30,” Watson said. “There was more pressure on those last two.”

Kelton Edwards had 13 points for Grambling State, which went only 2 of 19 from beyond the arc.

The Tigers suffered an early setback when 7-foot-1 center Travon Bunch picked up three fouls — including a technical — in the first 10 minutes. He and Dayton's Ryan Mikesell got tangled up while going for a rebound and had to be separated by the officials. A few seconds later, Bunch got a technical for something he said.

Bunch finished with two points and one rebound in 11 minutes.

The Flyers fell five spots from No. 13 after their loss to Colorado. The No. 13 ranking was their highest since December 1968, when they were No. 6.

Grambling State: The Tigers are in a lull in their schedule — one game in 17 days. They hadn't played since Dec. 17, when they lost at Marquette 93-72. They don't play again until Jan. 4.

The Flyers also were missing reserve forward Chase Johnson, who has been sidelined for four games with an illness.

BABY, IT'S COLD OUTSIDE

Dayton went to a variation of a 1-3-1 zone in the first half, the first time the Flyers had played so much zone this season.

“When we're really good at it, it's a hard defense for opponents to figure out how to attack,” Grant said. “I wouldn't say tonight it was great. Some of it was they missed shots.”