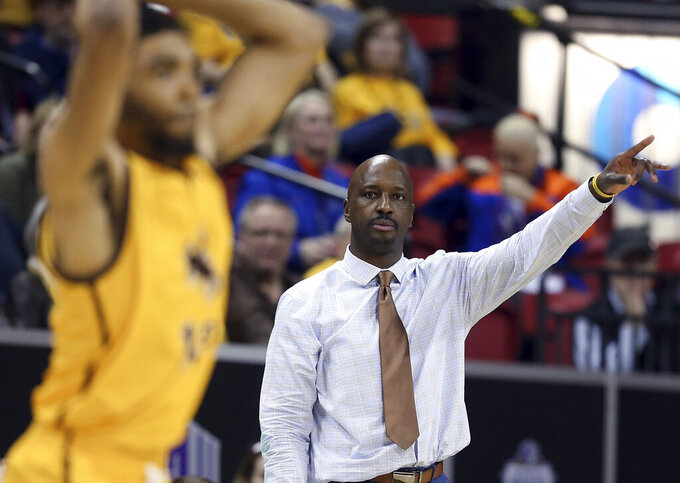 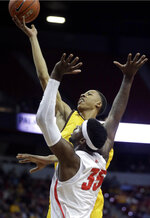 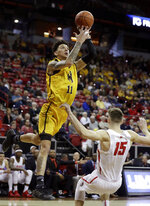 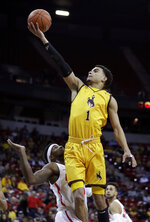 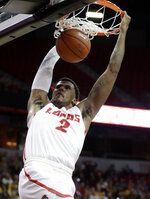 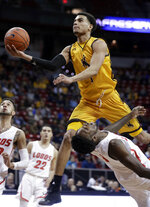 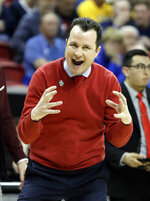 LAS VEGAS (AP) — Vance Jackson scored 21 of his 26 points in the second half to help New Mexico overcome a 13-point deficit and beat Wyoming 78-68 on Wednesday in the first round of the Mountain West Conference tournament.

Jackson was 8-of-15 shooting and finished with eight rebounds, five assists and a career-best four steals.

The No. 7 seed Lobos (14-17), who lost 88-81 to Wyoming in the regular-season finale last Saturday, will play second-seeded Utah State in Thursday's quarterfinals.

The 10th-seeded Cowboys (8-24) led by as many as 16 points in the first half and had a 47-34 lead about five minutes into the second. New Mexico's Carlton Bragg made a layup before Jackson hit a 3, converted a 3-point play, added a layup and then made another 3-pointer to give the Lobos their first lead at 49-47 with 9:47 to go. Justin James tied it with a layup on the other end but Vladimir Pinchuk answered with a 3-point play and New Mexico led the rest of the way.

Jordan Naughton's dunk with 3:24 remaining pulled Wyoming within a point but New Mexico used an 8-0 run, including back-to-back dunks by Makuach Maluach, to make it 70-61 about two minutes later.

James led the Cowboys with 31 points, including four 3-pointers.