Jay Wright will be studio analyst during NCAA Tournament 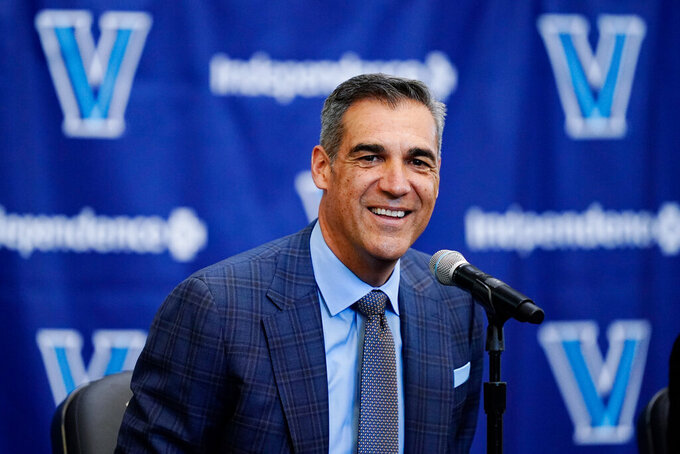 Jay Wright will be in the midst of the NCAA Men's Basketball Tournament. The biggest difference now is the former Villanova coach gets to enjoy it a lot more.

CBS Sports and Warner Brothers Discovery Sports announced on Thursday that Wright will be a studio analyst during March Madness on CBS, TBS, TNT and truTV. The Hall of Fame coach retired in April after 21 seasons at Villanova, where he led the Wildcats to two national titles (2016, 2018) and four appearances in the Final Four.

Wright loved being part of the tournament as a coach, but he is relishing a chance to take part as an analyst and fan.

“When I was at Hofstra and if we lost in the first round, I was upset but you know we usually lost to a number two seed,” Wright said. “But when I was at Villanova and you lost in those early rounds, it was torture. I remember going in on the second weekend and being on the desk for some of those shows and I'm thinking to myself ‘People are probably really upset with me that I’m doing this. We should be playing.’ From my assistant and Hofstra days, I remember enjoying it so much as a fan and I really look forward to that."

Wright also will be a game and studio analyst for CBS and CBS Sports Network during the regular season. He will make his analyst debut in a familiar spot when Villanova hosts Penn on Dec. 7 on CBS Sports Network.

His first appearance on CBS will be in the studio on Dec. 17 during a tripleheader of games — No. 2 Gonzaga vs. No. 20 Alabama, the CBS Sports Classic from Madison Square Garden with No. 1 North Carolina vs. Ohio State and No. 8 UCLA vs. No. 4 Kentucky.

“The intriguing part is getting to see both of those fields (game and studio analysis) and see if I'm good or if I like one more than the other,” he said. “I'm going to learn from and work with the best. The other part of it is, as a coach I would always watch film and other teams, but I kind of had to get away from it and just get back to coaching my team. Now I'll be able to enjoy the game and discuss it in a fun and exciting way.”

Wright — who had an overall record of 642-282 at Hofstra and Villanova — said he didn't start assessing his broadcasting future until August. After announcing his retirement, Wright helped in the transition to new coach Kyle Neptune and then took some vacation time.

Without having to recruit or be in the gym preparing for the season, Wright has been seen around Philadelphia's other sports teams. He cheered on the Phillies during their run to the World Series and taped a promotional video for the Union, who play in the MLS Eastern Conference final on Sunday.

Wright's arrival comes three days after it was revealed Jim Nantz will step away from calling the tournament after next year and be succeeded by Ian Eagle.

The 2023 Final Four will be on CBS. Coverage of the final weekend alternates between CBS and TBS.