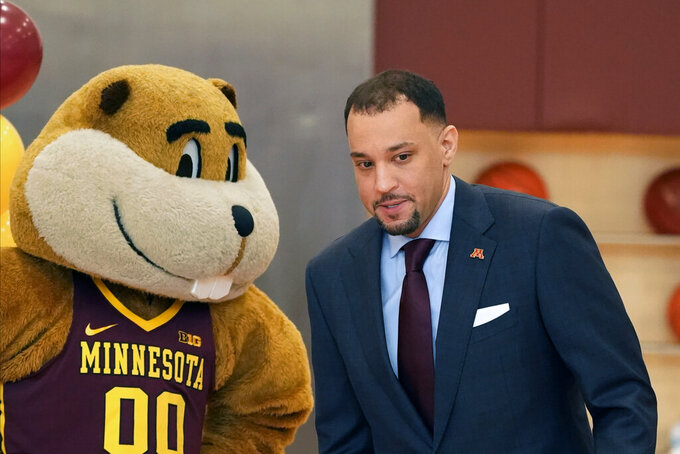 The university announced Friday that Thorson and Jason Kemp have been added to Johnson's staff. Johnson was hired last month to replace Richard Pitino.

Thorson was a Gophers assistant from 1990-94 before leading DeLaSalle High School in Minneapolis to a state record nine state championships in 23 years. Thorson departed the prep scene in 2017, spending one season at Drake and three at Colorado State as an assistant under coach Niko Medved.

Kemp spent the last two years as an assistant at William & Mary. He's a native of Madison, Wisconsin, who played at Wisconsin-La Crosse and has coached at Minnesota State Moorhead and North Dakota State among other stops.