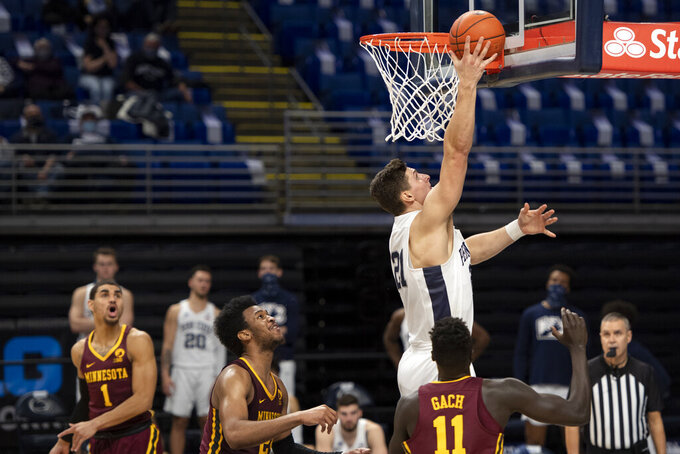 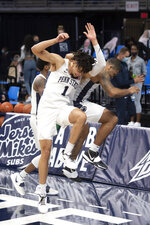 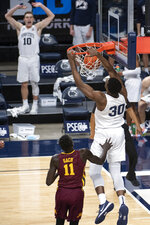 After an early scramble, Penn State took the lead for keeps on a Trent Buttrick 3-pointer 5-1/2 minutes in, surging to a 49-28 halftime lead on a 16-2 run to close out the first 20 minutes.

Minnesota's Marcus Carr needed 22 points to reach 1,000 for his career and scored exactly that many, with 13 coming in the second half. Carr was just 2 of 7 from the floor after halftime but made 9 of 11 at the line. During a stretch of 2:40, Carr scored 10 points, eight on free throws, in a 14-4 Minnesota rally that cut Penn State's lead to 13 points. Another short surge pulled Minnesota to 74-63 with just under four minutes remaining but they would get no closer.

Tre' Williams added 17 points for Minnesota (13-13, 6-13) and Isaiah Ihnen scored 12 with 10 rebounds. The Gophers have lost six straight and have not won a road game in 10 tries this season.

The Gophers return to The Barn to face visiting Rutgers in the regular-season finale on Saturday. Penn State closes the regular season at Maryland on Sunday.